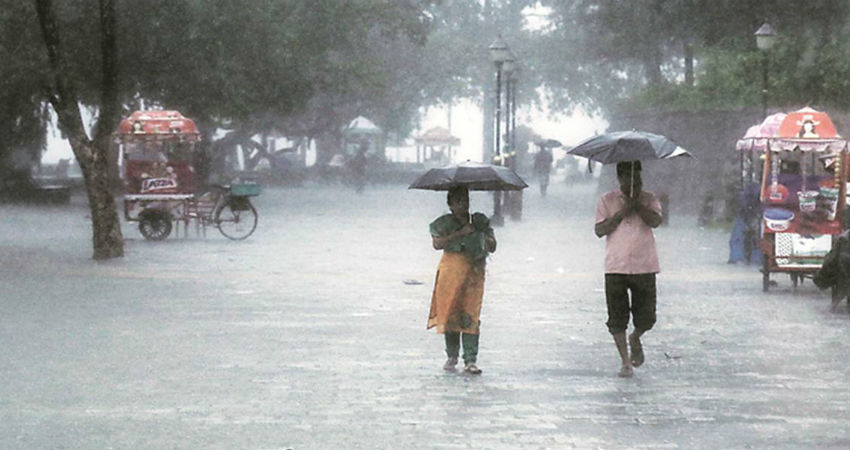 So far, a good performance of Southwest Monsoon has been observed in the state of Madhya Pradesh. So much so that West Madhya Pradesh is standing rain surplus by 35% while East Madhya Pradesh is observing an excess of 2%, as per the rainfall data between June 1 and September 4. Unlike other years, this time, the western districts have performed comparatively well than the eastern ones.

This trend of rain is likely to continue in the state for the entire week. Rain will be moderate in intensity with some heavy spells.

These rains can be attributed to the Low-Pressure Area over Odisha and its adjoining region. This system will gradually move towards the central parts of the country. Moreover, the Monsoon Trough continues to pass through parts of Madhya Pradesh along with the shear zone intact over Central India.

These systems would give week-long rain over the entire state which would surely push the surplus even higher.

Moreover, the state goes through a large number variation, both intra and inter variation, i.e within the same season and between two seasons.

Unlike the other states of the country, here the chances of Monsoon failure are less and the state usually observes a good performance of Monsoon. The only year it had seen a big failure was back in 2009, wherein East Madhya Pradesh was rain deficient by 33%, while West Madhya Pradesh was short by 27%. It was a severe drought year that the state had witnessed.

The frequency of Monsoon systems differs from season to season but they continue to impact the central parts of the country including Madhya Pradesh. Irrespective of whatever tracks the weather systems follow, they manage to impact Madhya Pradesh and hence result in good rains.