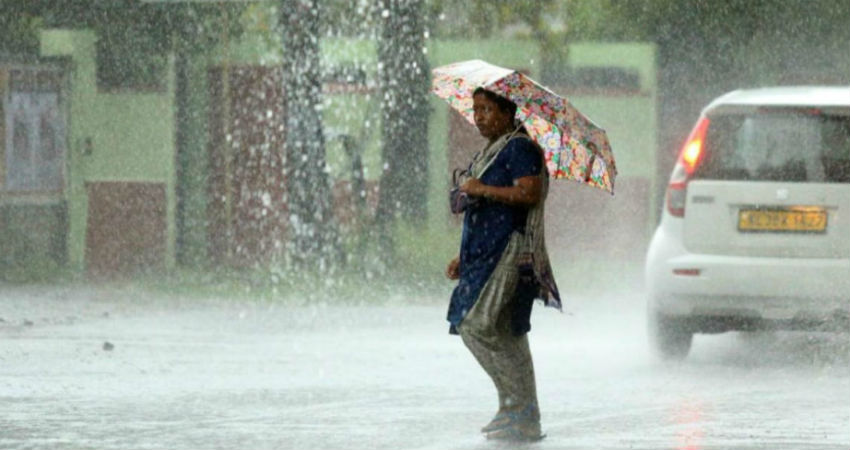 At present, an Active Monsoon surge persists from Karnataka to Kerala. During the last 24 hours, Monsoon remained vigorous at a few parts along the coast while it was active over most parts of Andhra Pradesh coast, Kerala and South Karnataka. While Normal Monsoon conditions were prevalent over North Andhra Pradesh, Telangana, North Interior Karnataka, it remained Subdued over Rayalaseema and Tamil Nadu.

Heavy rains prevailed over Kannur and Trisur. Moderate rainfall was recorded over Ramagundam and Adilabad. Light rains were witnessed over many parts of Andhra Pradesh, Telangana, interior Karnataka and at a few places over Interior Tamil Nadu.

These rains are likely to continue during the next few days as well. There is a possibility of moderate to heavy rains along the West coast during the next two to three days.

Rayalaseema and interior parts of Tamil Nadu will however remain mainly dry. Isolated pockets of Nilgiri area of Tamil Nadu may receive moderate thundershower activity. Mainly hot and humid weather is likely to prevail along the coast of Tamil Nadu and adjoining South Andhra Pradesh coast.

Major cities like that of Bengaluru will enjoy comfortable weather conditions with light rains.

Chennai would see a cloudy sky. Here, the day will remain hot and humid.

Hyderabad too will see pleasant weather conditions with chances of light rains and moderate winds.

On the other hand, a warm and humid day will prevail over Thiruvananthapuram along with the chances of light to moderate rains.