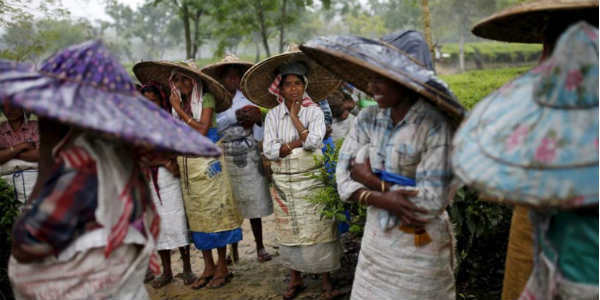 Good rains have been lashing many parts of Northeast India including Assam and Meghalaya from last few days. Though after taking a brief break, rains started occurring over the seven sister's state once again. Several areas witnessed light to moderate rains along with few heavy spells at one or two places in the last 24 hours as well.

These rains can be attributed to the southwesterly winds which are blowing from the Bay of Bengal and reaching up to these regions. Due to these moderate winds, the moisture levels have also peaked up. Due to this, light to moderate rainfall activities is expected to continue over many parts of northeastern states. In contrast with the other states, heavy rains are possible over Manipur, Nagaland and adjoining areas of Assam during the next 24 hours.

Click here to check the Live Lightning and Thunderstorm status over Northeast India:

Moreover, the axis of Monsoon trough is also seen running close to the foothills of Himalayas and is likely to move southwards. Due to this, after 24 hours, Arunachal Pradesh and Assam will witness an increase in the rainfall activities.

In a meantime, the weather will remain pleasant with partly cloudy to overcast sky over the entire northeastern states of the country. Also, the temperatures will remain near the normal mark.

As on August 4, the subdivision of rainfall distribution statistics shows that Arunachal Pradesh, Assam, and Meghalaya are rain deficient regions by 20% each, while, Nagaland, Manipur, Mizoram, and Tripura are rain surplus regions by 11%.