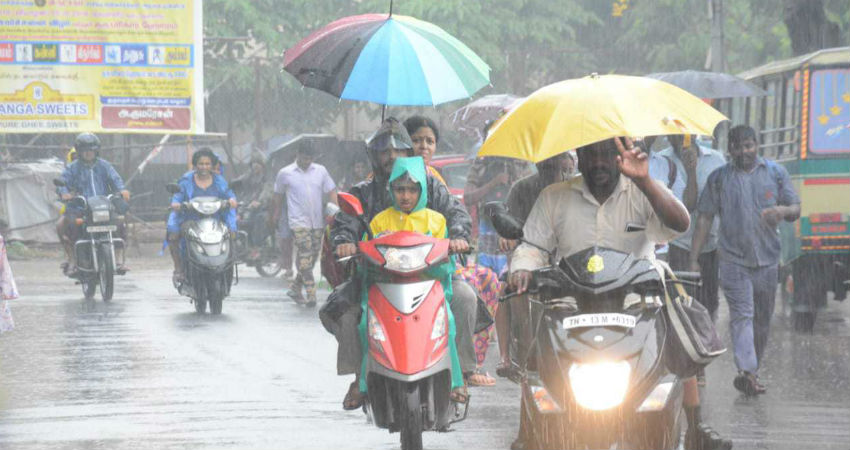 North Coastal Tamil Nadu including Chennai has been receiving good rains lately. During the last 24 hours, moderate showers were observed over the capital city.

The reason can be attributed to the Cyclonic Circulation over Southwest Bay of Bengal off Tamil Nadu coast. As the system continues to persist, moderate showers with one or two intense spells may occur over Chennai and suburbs during the next 24 hours.

Meanwhile, the interior parts of Tamil Nadu will get to see a few good spells of rain and thundershower activities for another 24 to 48 hours.

By August 22, the Monsoon rains will taper over the region and the weather will once again start clearing up.

After much anticipation, good rains have finally lashed Tamil Nadu, particularly the coastal region of the state. Being a rain shadow area, the state does not see much rainfall during the Southwest Monsoon. However, this season the rain gods have showered their blessings and the week is turning out to be good in terms of Monsoon rains for the state.

Talking about Chennai in particular, although there had been some significant showers, the rainfall hasn’t done any good to the city’s main reservoirs — Poondi, Cholavaram, Redhills, and Chembarambakkam so far. The reservoir beds are still damp. Let’s just hope the upcoming showers would bring some respite from the ongoing water crisis.