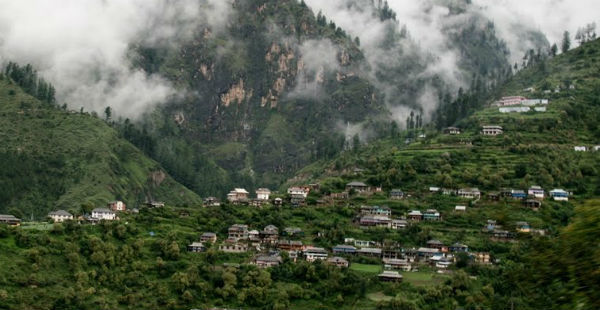 The successive Western Disturbances have been affecting the Western Himalayas and with this, on and off rains and thundershowers also continues over the hilly states of North India. The intensity of rains have been particularly more over Jammu and Kashmir, then followed by Himachal Pradesh and Uttarakhand.

April ended on the rainy note for the hilly region and so does, May began on the similar note. In the span of 24 hours from 8:30 am on Wednesday, Manali recorded some heavy rainfall to the tune of 42 mm. Meanwhile, Kullu received 11 mm, Gulmarg 9 mm, Srinagar 7 mm, Qazigund 6 mm, Banihal 6 mm, and Shimla recorded some traces of rainfall.

According to Skymet Weather, due to this prevailing weather system, the ongoing rainfall activity along with thundershowers are expected to continue over Srinagar, Manali, and Shimla at least for the next 24 hours.

Thereafter, the affecting Western Disturbance is likely to move eastwards and with this, the intensity of rains will reduce. However, the weather will not go completely dry over these regions as we are likely to witness a fresh series of Western Disturbances to prevail over northern hills.

Therefore, we expect these famous tourist destinations to continue with wet weather conditions in the coming days as well.