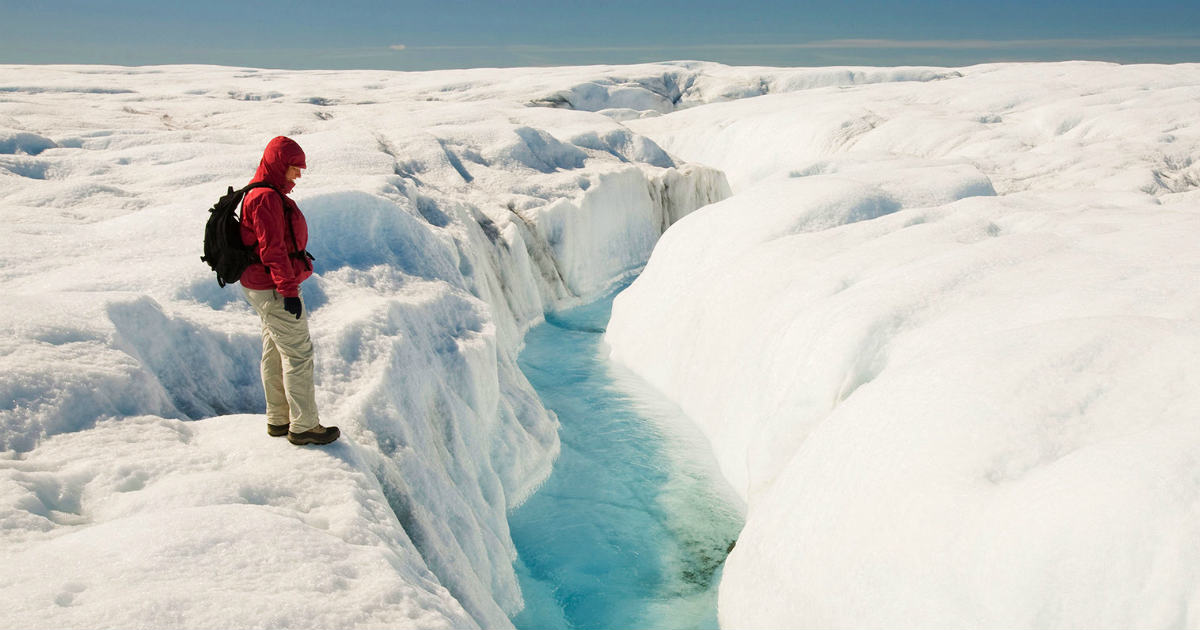 Apart from the globally known fact about the melting of Greenland ice, the recent satellite study has found out that the reduction of Greenland’s ice cover has now accelerated multifold.

The territory of Greenland is a continuous sheet of ice produced over thousands of years of snow. It’s the second-largest among the ice bodies on Earth. More than 80% of the land is covered by ice. In fact, the center of this ice sheet is more than a mile thick.

Until 1990, the ice sheet was losing 3.3 billion ton of ice per year due to climate change. The rate of the melting ice has only been increasing every year. Now, however the recent numbers indicate a loss of 25.4 billion ton of ice per year. This clearly indicates that the melting process is 7 times faster than the 1990s now. With this rate of melting, the sea should rise by almost 20 ft.

Already a 13 to 20 cm rise has been recorded in the sea level in the century between 1900 to the year 2000. Its noticeable though that more of this trend has begun in the last couple of decades

A total of 4 trillion tons of ice has entered the ocean till now. This snow has led to raising the sea level by 10.8 mm. As a matter of fact, every 1 cm rise in sea level adversely affects around 6 million people around the globe. Melting of Greenland ice will have a cascading effect over Antarctica and other ice sheets all over the world.

With the meetings of COP 25 going on more actions are being agreed upon to save the planet from the catastrophe. These efforts against climate change started with the inception of Kyoto Protocol in 1992 itself. Its been more than three decades since the efforts but nothing seems to have come to fruition.