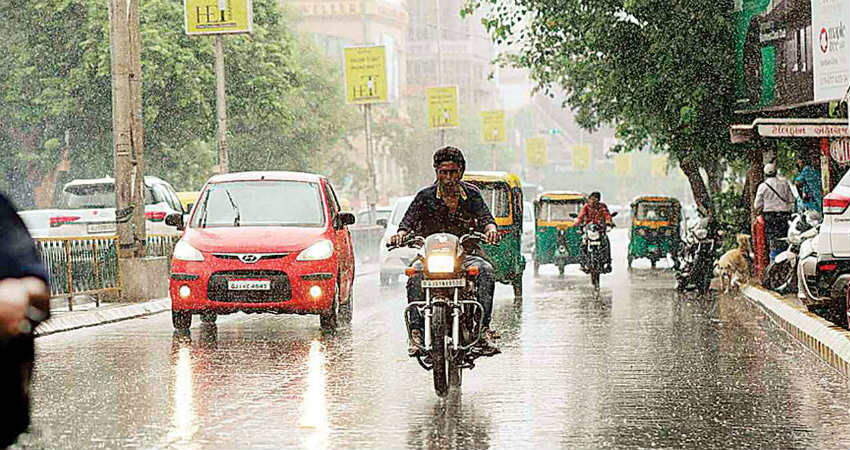 The state of Gujarat has received decent pre-monsoon showers over some parts in the last 48 hours. Chief amounts of rainfall are Ahmedabad 36mm, Gandhinagar 20mm, Vallabh Vidyanagar 76mm, Bhaunagar 72mm, Amreli 23mm, Surendranagar 27mm, and Rajkot 12mm. Ahmedabad had earlier received 59mm rainfall, the previous day. These pre-monsoon showers look to be overlapping with the monsoon rains and therefore incremental advance of monsoon current is quite likely over these parts. The line of monsoon may advance to cover Veraval, Keshod, Amreli, Bhavnagar, Bharuch, Anand, Ahmedabad, Gandhinagar, and Surendranagar shortly.

As per the normal dates, the monsoon reaches over these stations of Gujarat around 20th June and so will be well within the stipulated arrival. The monsoon line had earlier traced Diu, Una, and Surat on 11th June and stuck thereafter for nearly a week. Conditions are ripe for its further advancement, albeit mild, to cover coastal parts of Saurashtra and up to central Gujarat including the state capital Gandhinagar and the twin city Ahmedabad.

There is a cyclonic circulation marked over extreme southeast Pakistan and Kutch region. This feature has been persisting for the last 3 days, driving southwesterly winds over the region from the Arabian Sea. Speed and wind convergence between northwesterly from Rajasthan and southwesterly from the Arabian Sea is triggering clouds and thunderstorms over this area. It is a very typical prelude to the onset of monsoon with a visible drop in temperatures and absence of stinging heat over coastal parts of Saurashtra and south & central Gujarat. Rain and showers are expected over these areas in the next 3-4 days. This may bring cheers of monsoon very soon over the region.

Weather update and forecast for June 19 across India