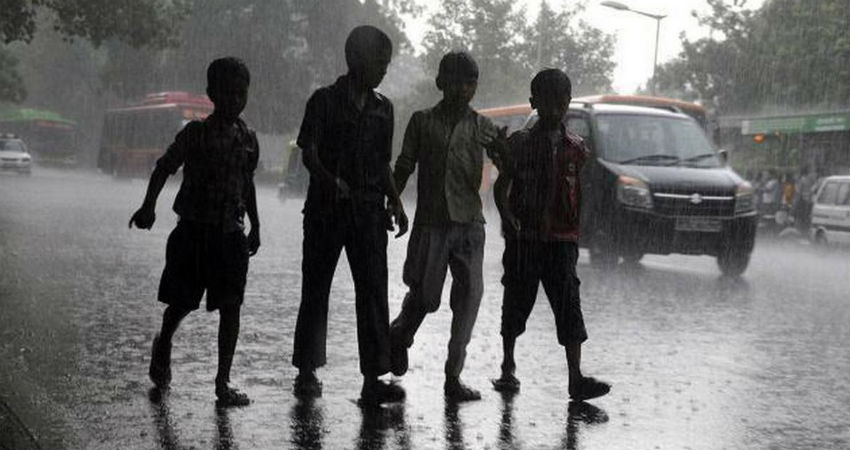 The Cyclonic Circulation continues to persist over the Saurashtra region up to 5.2 km above the sea level. Due to its influence, good rains have lashed many parts of Gujarat. Bhuj in the Kutch region has recorded heavy rains to the tune of 101 mm in a span of just 24 hours from 8.30 am on Wednesday.

Similarly, heavy showers were seen in Vadodara. The city has been observing heavy rain and thundershower activities since the last two to three days. As the system would continue to persist, more showers are likely to lash both Vadodara and Bhuj for the next 24 hours. Thereafter, the intensity of rain will reduce over Vadodara in interior Gujarat.

Many other places in the state like Rajkot, Porbandar, Veraval, Ahmedabad too received light to moderate rain and thundershowers.

According to our meteorologists, the Cyclonic Circulation would persist for some more time due to which the weather activities would continue with good intensity in the Kutch region of Gujarat such as in Bhuj and Naliya for next 24 hours.

By tomorrow, the weather activities would subside and only on and off rains would continue.

Another spell of heavy rain is expected around September 4 or 5 in the wake of Low-Pressure Area over the Bay of Bengal. This system would also travel in the westerly direction, thus bringing in more rains for the state.

With rains making an appearance quite frequently, this Monsoon season is turning out to be good for the state of Gujarat. And more rainy days are likely to be seen in the month of September.