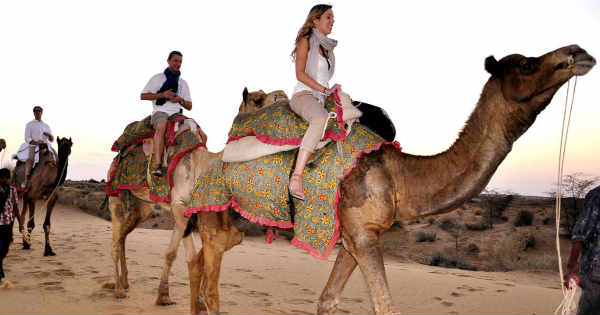 The states of Gujarat as well as Rajasthan experience almost dry weather during month of October. It is evident by the rain deficiency of these states. Gujarat is deficit by a whopping 96 percent and Rajasthan is 94 percent rainfall deficient. We can say that these states have been practically dry.

The month of October is one of the driest for Gujarat as well as Rajasthan. Now we do not expect any weather activity in Gujarat in the coming days and temperatures will remain high particularly in Kutch where maximums have been settling between 38 and 40 degrees Celsius. Whereas, rest of the state will also see maximums between 37 and 39 degree Celsius. However, coastal areas of South Gujarat such as Dwarka, Okha will see temperatures in lower 30s.

This time is also known as second summer season for Gujarat. Temperatures will see a drop in November. The fall will not be rather significant, but relief is likely from scorching heat. Winters in Gujarat will arrive in month of December only.

Talking about Rajasthan, the western parts are witnessing maximums around 36-38 degrees, whereas East Rajasthan is recording maximums in mid 30s. Unlike Gujarat, night temperatures are cool and comfortable over most parts.

Gradually night temperatures will drop further over Rajasthan and nights will become cold in another week or so. Moreover, scattered light rains may commence over western and southern parts of Rajasthan during next 2-3 days in view of a Cyclonic Circulation over West Rajasthan and a trough will also extend up to Central Rajasthan. Temperatures may fall over these areas due to these rains.
Meanwhile, North Rajasthan will remain dry and warm throughout this time.