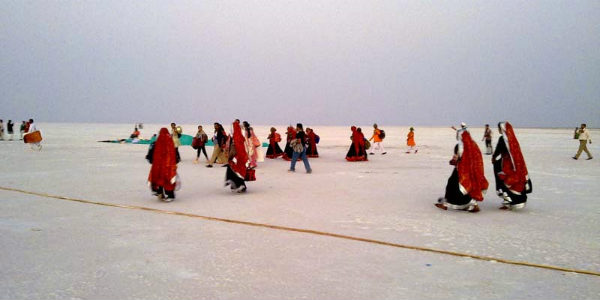 Gujarat has a varied landscape with long coastline and arid regions. Due to such landscape, the weather conditions in Gujarat varies from warm to hot to very hot and humid. In fact, most of the time, warm and hot weather conditions prevail over Gujarat. Therefore, it is also known as the hottest state of India.

During Gujarat’s winter season, the entire state observes easterly/northeasterly winds. The winds over Kutch also travel from the land. Thus, making Kutch region the coldest with night temperatures dropping even to single digits at times. But single digit temperatures are not very frequent.

Rest all the other pockets witness comparatively high minimums such as the night temperatures in coastal stations lie between 14˚C and 15˚C. Meanwhile, South Gujarat remains the warmest during the winter season.

During these two months, the day temperatures over most places are also seen settling below 30˚C. Hence, we can say that Gujarat observes pleasant weather conditions during the months of December and January. Maximum temperatures usually settles below 30˚C and minimums settles below 15˚C.