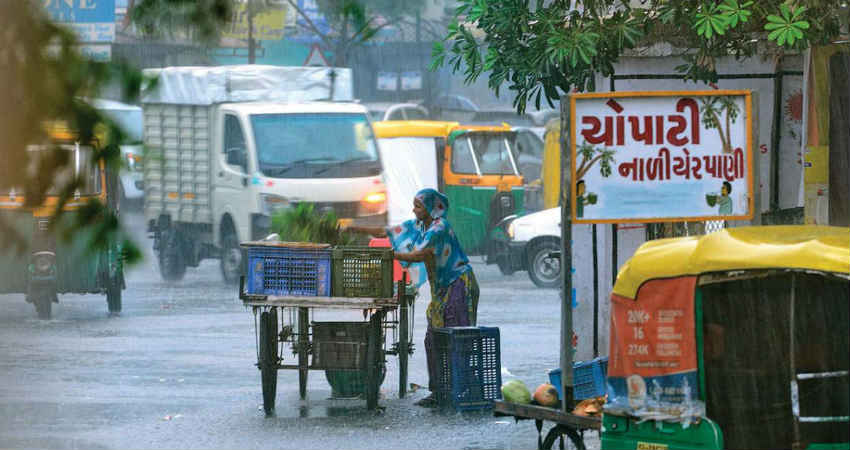 The unseasonal rains were witnessed over many parts of Gujarat with light to moderate intensity in the past 24 hours. In fact, the month of December for Gujarat is generally dry which is evident by the rainfall data as Ahmedabad recorded very light rains and it is the third incident of rainfall here in Ahmedabad in the past one decade.

Light to moderate rains has also occurred over Dwarka, Veraval, Naliya, Porbandar, and Deesa. In the past 24 hours, Deesa recorded 2.2 mm of rain, Veraval 9.9 mm, Porbandar 10.8 mm, and Naliya 0.7 mm.

All these stations have recorded rain for the second time in the last decade in December.

These rain statistics indicate that December is one of the driest months for Gujarat.

These rains were in wake of an active Western Disturbance which was over Jammu and Kashmir which induced a Cyclonic Circulation over Southeast Rajasthan. Also, a Trough from Cyclonic Circulation was extending up till Gujarat. Although rains usually occur up till Rajasthan in the wake of these weather systems.

It’s a very rare sight to watch the impact of the weather systems over Gujarat as well. At times, Gujarat receives rain in the wake of a weather system that forms in the Arabian Sea. However, the chances get bleak of such a system to form in December.

Now, these weather systems and trough are moving in the east, therefore now no weather activity will be seen here. Although the minimums will now drop by two to four degrees due to commencement of northwesterly winds from snow-clad mountains of Western Himalayas. In fact, the western districts of Gujarat have already witnessed a drop in minimums today itself by two to four degrees.