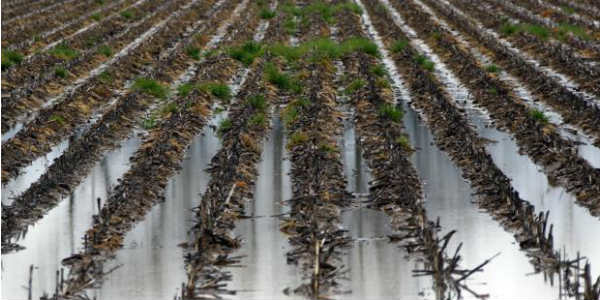 As expected by Skymet Weather, unseasonal rains have lashed several parts of Vidarbha and few parts of Marathwada. Strong winds with intense hailstorm have also been reported over many places.

These unseasonal rains over the Vidarbha, especially hailstorm, have resulted in crop damage. At present, crop across the region is in standing stage. Crops such as Wheat, Bengal Gram, Jowar, Orange, Grapes, Papaya, Pomegranate, Onion and other vegetables are being exposed to huge losses.

Further, the threat of crop damage over standing field crops is yet not over. Weathermen are predicting more spells of rains and hailstorm over parts of Vidarbha and Marathwada during the next 24 hours. Thus, as suggested earlier, farmers are recommended to take care of standing crops.

The reason for these ongoing rains could be attributed to the wind confluence zone that had formed over Vidarbha and Marathwada. Confluence zone is formed due to the merging of winds from two opposite directions i.e. cold and dry northwesterly winds and humid southeasterly winds.

With system to persist, similar weather activity would continue for another 24 hours. Moderate rains and one or two heavy spells and hailstorm are likely over places such as Nagpur, Amravati, Gondia, Ghadchiroli, Bhandara, Buldhana, Washim, Wardha and Yeotmal.

The weather activity is likely to reduce January 26 onwards and by January 27, weather would clear up but isolated rains cannot be ruled out.

If there were just rains, there wouldn’t have been much damage to the crops. However, hailstorm and gusty winds could result widespread damage.