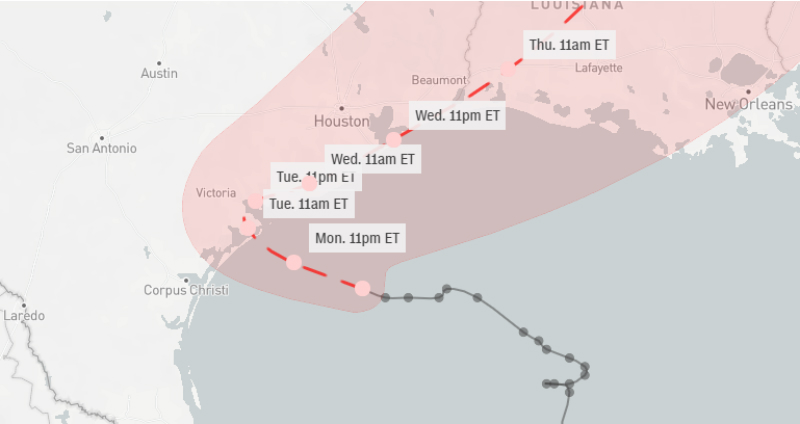 The state of Texas along the coastline of Gulf of Mexico is bracing up to take a direct hit of storm Beta in less than 24 hours. Tropical storm Beta is hurling winds of 100kmh and is moving ever-so-slowly inching towards the Gulf Coast to make landfall on Monday night (local time). The storm is going to linger on for 3 days, literally crawling and grazing the Gulf Coast to dump heavy rains, strong winds and surge of 4-5feet.

Nearly 10 million people are under a storm warning as Beta moves affecting Texas, Louisiana, Mississippi and beaches of Alabama till Wednesday. Earlier, hurricane Laura battered the Gulf Coast towards fag end of August and close on heels Sally also bashed the state of Louisiana on 13-14 September. Hardly any breather and the coast gets prepared to witness the fury of a very slow-moving storm, spending nearly 72 hours in the area. 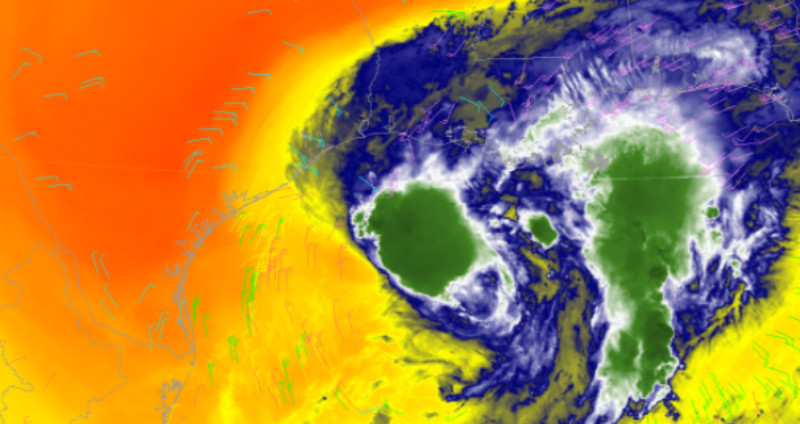 The hurricane season for the Atlantic runs from June 1 to 30 November. The year 2020 is a peculiar and unique as the National Hurricane Centre(NHC) has consumed all the 21 names listed for these twisters at the beginning of the season. As it happens in such a rare scenario, NHC has started drawing names from the Greek alphabets. Alpha was named just last Friday and Beta followed in the Gulf.

On an average, 12 named storms are expected in a season. However, 2020 has been a record-breaking season with 23 storms so far and two more months (October & November) to reach the finish line may add few more. It is only the second time in the history that the storm list was exhausted thereby spilling over to Greek dictionary. Earlier it was in the year 2005 when all the 21 names were consumed.