Hat trick of Tropical storms in the Pacific, Monsoon to take a backseat around August 13 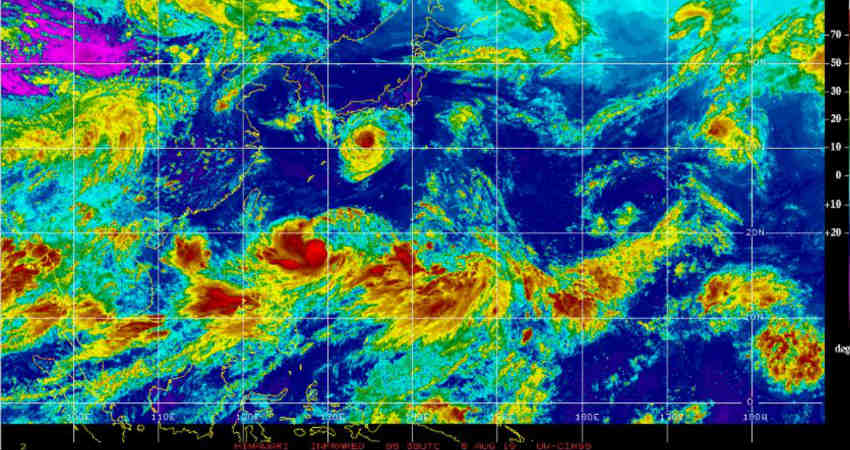 Since the last week, the South China Sea and the adjacent Pacific Ocean have been an active basin for the development of storms. It is a very normal thing and the season for this basin is from May 1 to November 30. About 25 systems are seen during this period wherein some can become Typhoons of category V.

In the last week, three storms have brewed. The first Tropical storm was Wipha which was between the Philippines and South China and it travelled across Vietnam, Laos, Thailand, and Myanmar battering these regions with heavy rains.

Then the remnants of this system merged with the persistent Cyclonic Circulation in the Bay of Bengal which has now intensified into a Low-Pressure Area. There are chances that it might further intensify into a Depression and is likely to give activity over the east and the central parts of India.

The second Tropical Storm is Francisco which is in a little higher latitude in the Pacific Ocean. It is almost 500 km away from the Japan coast and is heading toward Kagoshima and Kumamoto.

This storm will continue to move further ahead with the same strength. This storm would give rise to torrential rains and will batter the extreme southern parts of Japan. It is very likely to hit extreme South Japan within 24 hours. It is a fast-moving system that will quickly clear the area and eventually recurve and head toward South Korea and remain static for 24 hours. It will then keep recurving and will once again enter the Japan Sea.

It is a double whammy for Japan as a powerful earthquake hit Honshu yesterday and another storm is visiting the country.

Post this, it will gain strength and will become a Typhoon of Category I. This system will impact eastern parts of China, South Korea, and Japan. In its five-day long travel, it will keep skirting Taiwan and will be in open waters.

These storms which gain the status of Typhoon have a bearing on the Monsoon current. They take away the moisture and direct the wind flow towards them. Hence, resulting in a little slow down over the Bay of Bengal. Thus, we can say that Monsoon is likely to take a back seat around August 13.