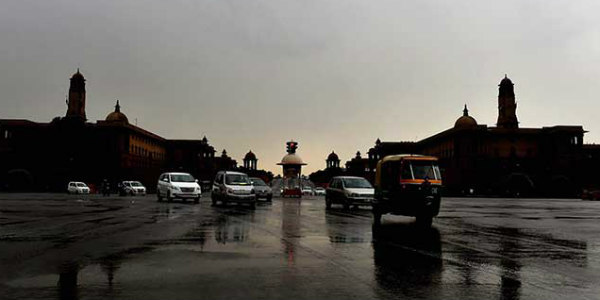 After giving a few sizzling and uneasy days to the Delhiites, finally, the weather of the national capital took a U-turn by offering breezy evening yesterday. Due to this, the weather became pleasant and forced the people in Delhi to come out of their homes to enjoy the evening.

In fact, dust storm did occur in parts of Delhi early morning today as well. Not to forget, On June 4, the Palam observatory in Delhi had recorded a scorching 47°C which was the hottest day of the season also making the capital of the country to get counted on in the list of top ten hottest cities of the country as on Monday. 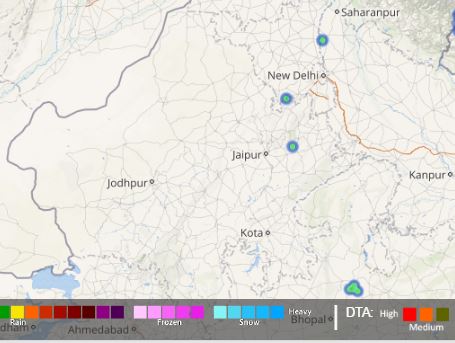 However, with the sudden change in the weather conditions, the temperatures have plummeted and at present as on 09:30 am on Wednesday, the maximum of Delhi stands at 30°C which is a sure shot relief from the scorching summer heat. In fact, the sky has become cloudy and there is the possibility of moderate spells. The northern parts of Delhi are already receiving dust storm and thundershowers activity. Soon this will cover most parts of the city.

The adjoining regions like Noida, Faridabad, Ghaziabad, and Gurugram also stands strong chances to witness rains and dust storm. These pre-Monsoon activities are anticipated to continue until June 8.

The weather pattern changed suddenly during the late evening hours yesterday and this was due to the change in the wind pattern. As per Skymet Weather, initially the winds were blowing from the West but between during the late evening hours yesterday, northwesterly winds started blowing from the east direction and this wind reversal dropped the temperatures.

Moreover, a cyclonic circulation that persists over Punjab and Central Pakistan can also be associated with the change in the weather across Delhi-NCR. This pleasant weather has also resulted in abatement of heatwave conditions that has gripped Delhi-NCR from a long time and as of now, the heatwave is not likely to make a comeback.