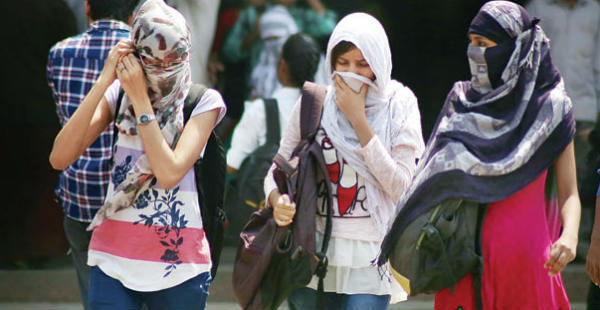 Parts of Rajasthan are already reeling under heatwave conditions, particularly north and west parts. With no relief predicted as of now, the temperatures are further expected to increase up in the next 24 hours. Temperatures are likely to reach around 45°C.

Meanwhile, in Haryana, Uttar Pradesh and Madhya Pradesh also dry and hot weather will continue to prevail over the regions. Hot and dry winds will continue to blow from northwest to west direction leading to hot temperature during the daytime over the states.

In Delhi, the weather was pleasant since past few days but now heatwave has gripped the capital. Weather will remain hot and dry due to the hot and humid winds blowing from the northwest to west direction. Heatwave conditions will prevail for the next two to three days at least till June 6.

Relief can only be expected after June 7 in Delhi, Haryana, Rajasthan and Uttar Pradesh from these heatwave conditions.