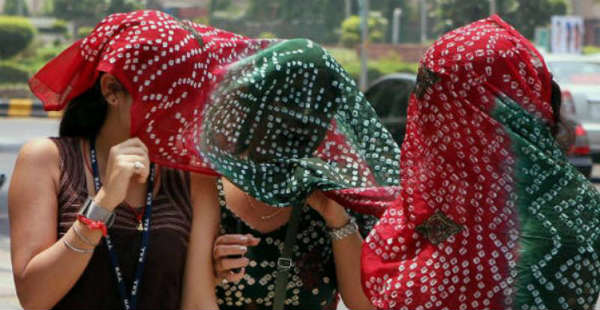 The table below showcases the temperatures being recorded at a few locations where heatwave is prevailing: 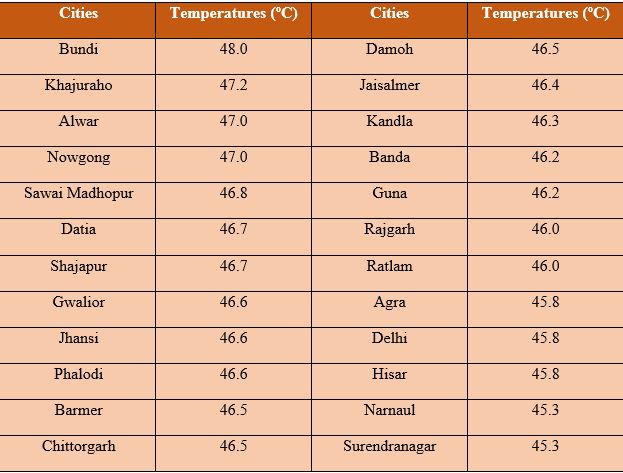 This gigantic rise in the temperature over all the above-mentioned states can be associated with the sky touching, near 48 degrees, maximum temperatures prevailing over the neighboring country, Pakistan. In addition to this, the desert state of Rajasthan is also aiding into the scaling up of the mercury levels. [yuzo_related] However, now, due to the formation of a well-marked low-pressure area in the Arabian Sea, we expect southwesterly humid winds from the Arabian Sea would commence over Gujarat and Rajasthan in the next 24-48 hours leading to a drop in the temperatures over both the states and abatement of heatwave conditions from most parts of these states. In addition to this, heatwave would also get abated from the pockets of Uttar Pradesh and Haryana as well. Thus, we can say, that in the coming two to three days, many parts of Northwest and Central India would also witness a drop in the temperature due to the flow of humid winds from the Bay of Bengal and the Arabian Sea. Although the temperatures would drop, the increased humidity levels due to the flow of humid winds would lead to a rise in the discomfort levels. Image Credit: Deccan Chronicle              Any information taken from here should be credited to skymetweather.com