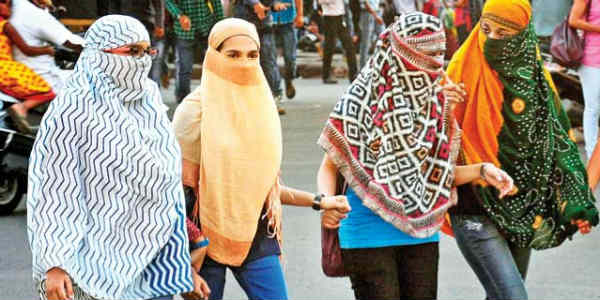 On Thursday, Chandrapur recorded the maximum temperatures at a sizzling 45.1ºC, followed by Brahmapuri at 44.4ºC, Akola 43.6ºC, Nagpur 43.3ºC, and Amravati witnessed the day temperatures at 42.2ºC.

On the other hand, the weather of Konkan and Madhya Maharashtra are comparatively less hot and are settling in upper 30’s but under the 40 degrees Celsius mark.

The reason for the rise in the temperature profile can be related to the flow of westerly and northwesterly winds that are blowing from Sindh and Rajasthan over the state. As these winds are dry and hot in nature, temperatures are rising.

As per Skymet Weather, as these winds are expected to continue to blow over the region, the weather of Maharashtra is expected to remain unchanged for the next three to four days. In fact, the temperatures are expected to witness a further rise in the coming few days.

On the other hand, the minimum temperatures of most parts of the state are likely to remain near normal or below normal. Thus, the nights and mornings of the state would remain comfortable.

Pune and Nashik would have a cool night with the minimum temperatures at around 18 degrees Celsius. The temperatures across parts of Konkan and Madhya Maharashtra will remain under 40’s.

At this stage, let us see the impact of this weather on the agriculture belt of Maharashtra:

As the heat wave conditions are still prevailing in Marathwada and Vidarbha regions, farmers are advised to apply irrigation to summer field crops like Paddy, Maize, Groundnut, Vegetables and fruits crops as per requirement.

The early sown summer Groundnut, Maize, Jowar and Paddy crops are at maturity, as weather is likely to remain unchanged, farmers can start harvesting of these crops based on physiological maturity.  In vegetables, farmers should apply irrigation at regular interval and take care for pest incidence.