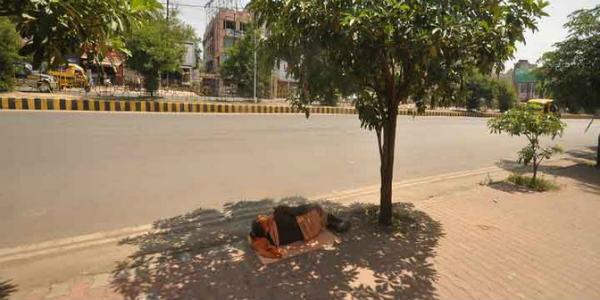 Temperatures are kissing skies in most parts of Madhya Pradesh. So much so that the mercury level crossing the 45-degree mark is not uncommon. In fact, a few districts of the state had been surviving under intense heat from last many days.

Though a few spells did occur recently in parts of Madhya Pradesh, these spells were short-lived and did no wonders on the mounting mercury levels. As of now the scorching summer heat that has resulted in heatwave conditions over Madhya Pradesh is likely to continue until the next 48 hours. Rains did occur in parts of Bhopal early morning today but these rains were of really short duration covering isolated regions only. Isolated pre-Monsoon rain and thundershowers in parts of districts of Madhya Pradesh are likely today as well. 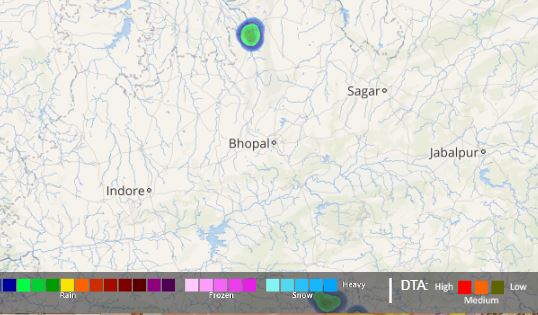 The reason for the prevailing heatwave conditions can be attributed to the dry and hot winds that are blowing over the state from the neighboring desert state, Rajasthan resulting in an increase in the daytime temperatures. On Sunday, Khajuraho recorded the maximum at 47°C, Datia 46.5°C, Shivpuri and Guna witnessed the daytime high at 45°C.

However, as per Skymet Weather, a sigh of relief is anticipated by the late afternoon or evening hours of June 7. A trough is likely to form from the eastern parts of the country that is from Bihar to Maharashtra via East Madhya Pradesh.

Hence, a few pre-Monsoon showers are likely to show up in many parts of Madhya Pradesh by June 7. The rain intensity of these showers is though expected to be more over the eastern parts of the state. Thus districts like Jabalpur, Hoshangabad, Sagar, Satna, Chindwara and Damoh are likely to witness good rains. While on the contrary, the western parts of the state with districts like Bhopal and Indore will have to adjust with some scattered showers only.

These pre-Monsoon showers are likely to keep pouring over for at least 3-4 days. These rains will definitely result in plummeting the rising mercury levels marginally. Heatwave will though be abated but despite a marginal drop in the mercury levels, hot weather will continue to prevail over the state.