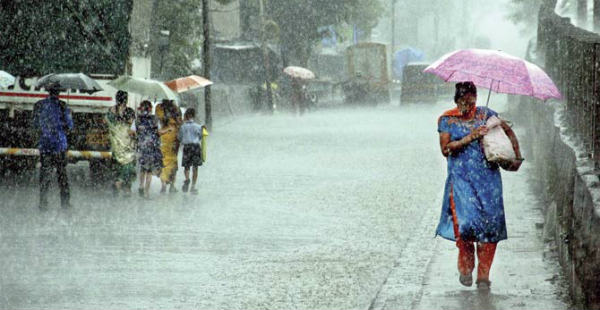 Updated on July 21 at 2:30 PM: The well-marked low-pressure area which was persisting over Northwest Bay of Bengal off West Bengal and Odisha coast has intensified into a depression. We expect heavy to very rains over the state during the next 24 to 46 hours.

As per Skymet Weather, a well-marked low-pressure area which persists over Northwest Bay of Bengal off West Bengal and Odisha coast. This weather system is expected to intensify more during the next 24 hours.

Therefore, under the influence of this system, the intensity of rains will increase and moderate to heavy rainfall will occur over most parts of East Madhya Pradesh as this system would be moving in west North West direction.

The southern districts of Madhya Pradesh will experience very heavy to heavy rainfall until July 23. Thereafter, the rain intensity will decrease as the system would be moving away westwards.

Meanwhile, districts such as Bhopal, Indore, Devas, Sheopur, Harda, Ujjain and Jabalpur will witness moderate to heavy Monsoon rains. The intensity of rain is likely to increase in intensity on July 23 over these regions as well.

In wake of heavy Monsoon rains, flood conditions in the southern districts of Madhya Pradesh will worsen. However, floods in the northern districts will not arise as the intensity of rains would be mainly light to moderate.