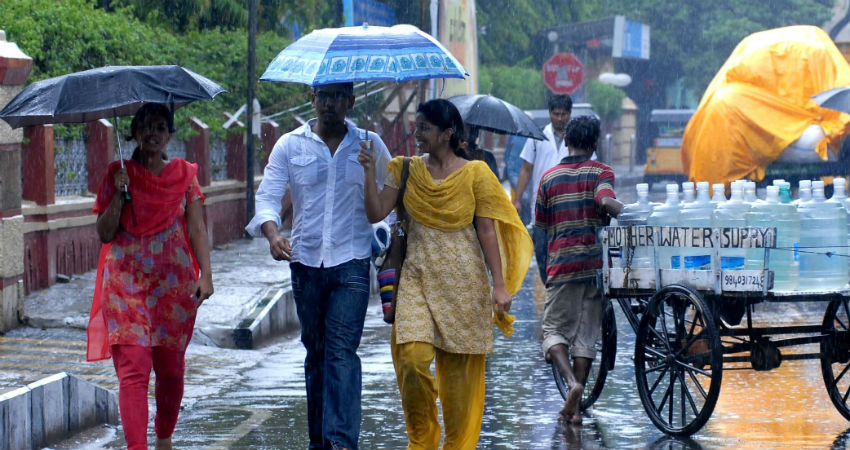 It seems to be a rainy week for Chennai, with Monsoon rains reviving over the city. The city continued to record good Monsoon showers for the third consecutive day, with the highest on Tuesday. In a span of 24 hours from 8:30 am on Tuesday, the Nungambakkam Observatory of the state capital has recorded heavy rains to the tune of 39 mm, while Meenambakkam managed to receive 25 mm.

In fact, Chennai has recorded 63 mm of rains in just three days. However, this is not going to end here as we expect more Monsoon rains in offing.

According to Skymet Weather, light to moderate rains are being forecast for Chennai in the next four days. These rains will be mostly light in intensity but intense showers are also a possibility. Weather will remain warm and sultry throughout, with partly cloudy sky. As rains would appear during the later part of the day, till then mercury would have spiked.

With this, Chennai has recorded a total of 105 mm of rains till now against the normal of 140.7 mm with just a 6% deficiency.

The state of Tamil Nadu is running rain deficient by 31% as of now, the city of Chennai too is reeling under severe rain deficiency. The month of June was a rather dry one for the city, with almost no rains in the first twenty days of the month. Rains were only observed in Chennai in the last week of June.

July started with a spurt in rain activities. Both the factors of Break Monsoon conditions as well as formation of weather systems in Bay of Bengal lead to rains. The last one week of July has been rather eventful in terms of rains, with on and off activity observed throughout the city.

The rain contribution of July has led to an improvement in situation.