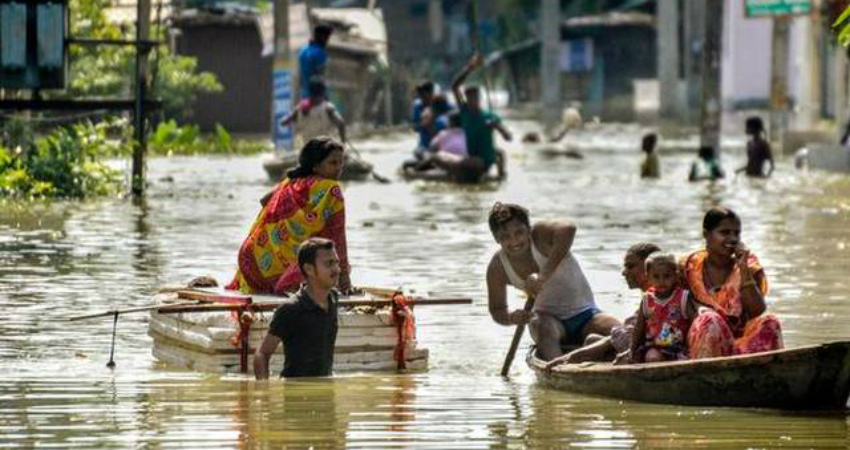 The state of Bihar has observed moderate to heavy rains, wherein Patna, Gaya and Bhagalpur observed good rain and thundershower activities, during the last 24 hours. Now, the rain intensity will increase gradually and these areas will get to see moderate to heavy rains with one or two very heavy spells for the next week. These intense activities will also result in flooding, particularly along the foothills of Bihar.

The ongoing rains are a result of the Trough, extending from Punjab to Assam across Uttar Pradesh and Bihar.

According to Skymet Weather, for the next week or so, heavy rains may lash several parts of Bihar. The chances of a few very heavy spells cannot be ruled out, during this period. Moreover, the risk of flooding will increase even more after July 12.

Due to these incessant rains, places such as Paschim Champaran, Gopalganj, Sitamarhi, Madhubani, Koshi, Khagaria, and Supual are at the risk of flooding.