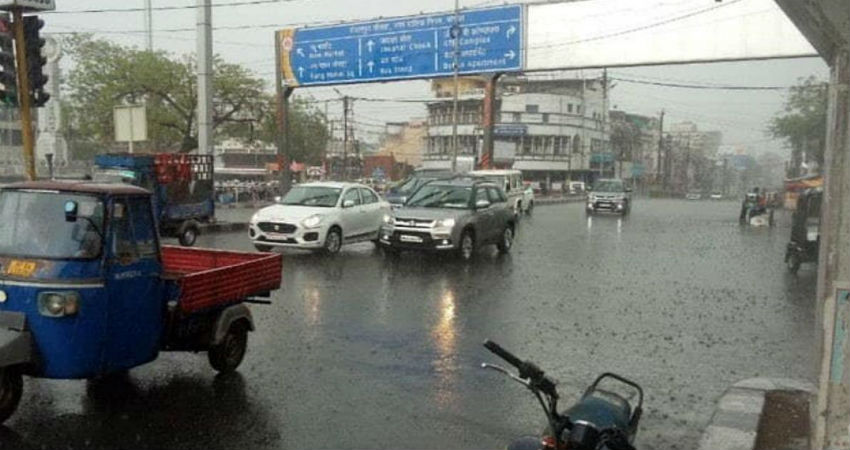 Updated on Aug 25: Another day of heavy rain in Bhopal, Ujjain and Ratlam, flooding likely

Another Low-Pressure Area has formed in quick succession over the North Bay of Bengal and adjoining parts of North Odisha. This system is moving in the west/northwest direction and presently lying over the northern parts of Odisha. This system will further move and come closer to Madhya Pradesh.

In the wake of this movement, moderate rain and thundershowers at many places with heavy showers at scattered places will continue in Madhya Pradesh for the next 24 hours. Places like Bhopal, Indore, Ujjain, Khargone, Dhar, Hoshangabad and Ratlam will witness heavy rains. Flooding cannot be ruled out in some parts during the next 24 hours.

Updated on Aug 24: Heavy rain and lightning in Bhopal, Ujjain, Ratlam and Khargone during next 48 hrs

In the last 24 hours, we have seen that heavy to very heavy rains have occurred over parts of Madhya Pradesh and moderate spells were witnessed over many parts of the state.

The significant rains have been recorded at Khajuraho to the tune of 100 mm, Raisen 93 mm, Jabalpur 56 mm, and Pachmarhi 61 mm.

These rains will be accompanied by moderate lightning and such a situation might lead to waterlogging. Along with this, flooding conditions may just deteriorate further. Mainly the southwest and southeast parts of Madhya Pradesh are expected to see the fury of these rains.