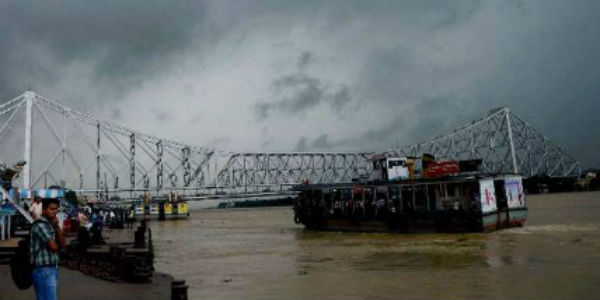 In the last 24 hours from 08:30 am on Saturday, Darjeeling saw 8 mm rain, Bankura 1.4 mm, Digha 1.2 mm. meanwhile, the capital city of West Bengal, Kolkata only saw traces of rain.

Currently, an upper air cyclonic circulation lies over eastern parts of Bihar and an upper air trough is seen extending from this system to North Coastal Andhra Pradesh across Jharkhand and Odisha.

The axis of Monsoon trough is seen passing through Sub-Himalayan West Bengal along the foothills of Himalayas.

Due to all these conditions moist winds are continuing over the area. Hence, heavy to very heavy rain with few extremely spells are expected over the area during the next two to three days.

Flood like situations are likely to arise over Sub-Himalayan West Bengal and adjoining areas. Moreover, landslides may also occur over few parts of Sikkim.