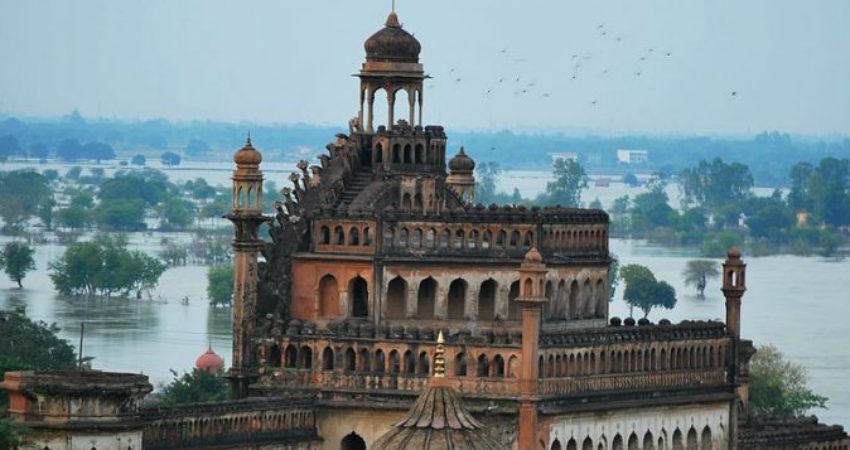 The plains of Uttar Pradesh are one of the rainiest pockets in India during the Monsoon season. It’s been raining continuously in Uttar Pradesh for the past six days. The capital city Lucknow has also been receiving heavy rains during this period.

With these continuous heavy rains, the city has already crossed its monthly average for July which stands at 255.3 mm. The city has recorded 323 mm of rains till now, thereby exceeding its normal rainfall figure.

At present, a Low-Pressure Area is over Uttar Pradesh, which is giving heavy rains over the foothills. Cloudy conditions are also prevailing over the region due to which the temperatures are much below the average figure of 35°C. Today the maximum temperature in the city settled at 29.2°C which is six degrees Celsius below normal. However, high humidity of 80%-100% has made the weather conditions a little uncomfortable in Lucknow.

In the next 24 hours, the Low-pressure Area is expected to shift over Northeast Uttar Pradesh and rains are likely to take a dip and fad gradually. This will be a huge respite from the heavy downpour being observed in Lucknow for a couple of days. Partly cloudy conditions are expected to persist in the city for the next 48 hours.

Any information taken from here should be attributed to Skymet Weather.