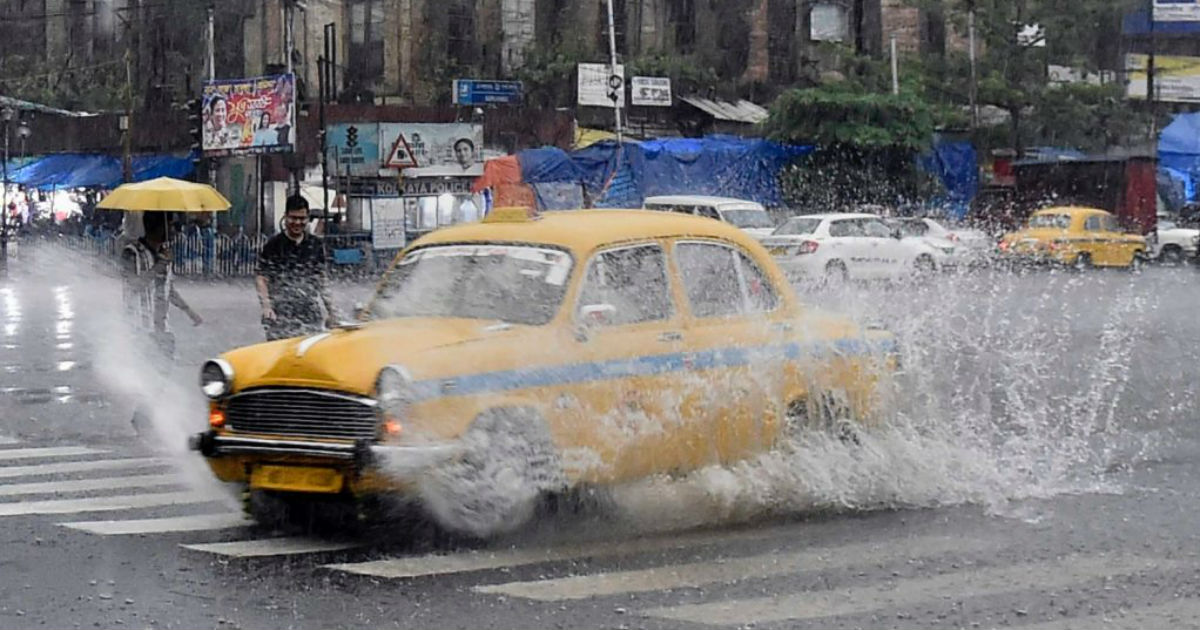 According to the latest rainfall data available with us, the Alipore Observatory in South Kolkata has recorded a whopping 99 mm of rain in a span of 3 hours from 2.30 pm to 5.30 pm today.

Waterlogging has been reported from several places that have led to heavy traffic congestion in the region.

Heavy rain is being observed in the city of Joy Kolkata. According to the rainfall data that is available with us, the city has recorded heavy downpour of 56 mm from 2.30 pm to 5.30 pm today.

These rains are largely due to the Cyclonic Circulation over North Bangladesh and the Axis of Monsoon Trough Passing through Gangetic West Bengal.

For the last three days, Gangetic West Bengal along with Kolkata have been receiving moderate to heavy rains due to the above mentioned systems. This pattern is likely to persist for another two days. Rains are expected to be patchy but heavy.

Rain in Gangetic West Bengal and Kolkata picked up pace by the fag end of July. Since then there has been intermittent rain in the region. However, Gangetic West Bengal is still staring at a huge deficiency of 36%. This spell of rain is definitely going to assist in pulling down the shortfall.

And if we talk about Kolkata, the rainfall deficiency in the city from June 1 to August 15 stands at a whopping 44%. This deficiency may rise further as there isn’t any prolonged heavy spell expected in the city or Gangetic West Bengal for the remaining two weeks of the August month.