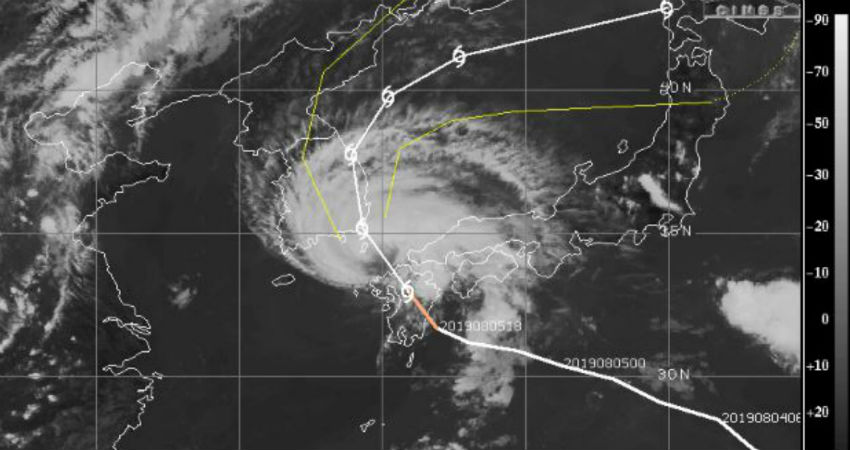 The Tropical Storm Francisco made landfall in eastern Kyushu on Tuesday morning. It is at present centered at 33°N and 131°E. The storm is punched with a wind speed of 100 kmph. It is moving in very close proximity to the historic city of Hiroshima. On this very day, the first-ever Nuclear bomb was dropped over this place in the year 1945.

As per the experts, impacts will begin to worsen across southern Japan as the storm tracks west to northwest across southern parts of the country. Damaging winds, flooding rainfall, mudslides, and coastal flooding will all be a sight in Kyushu, Shikoku, and southwest Honshu, particularly the higher terrain locations.

Heavy rainfall will be a concern across much of southern Japan and South Korean with 50-100 mm expected across Kyushu, southern Shikoku and central and eastern South Korea.

It is very likely that a sharp turn toward the northeast will then take the storm into the Sea of Japan and eventually near or over Hokkaido, Japan.