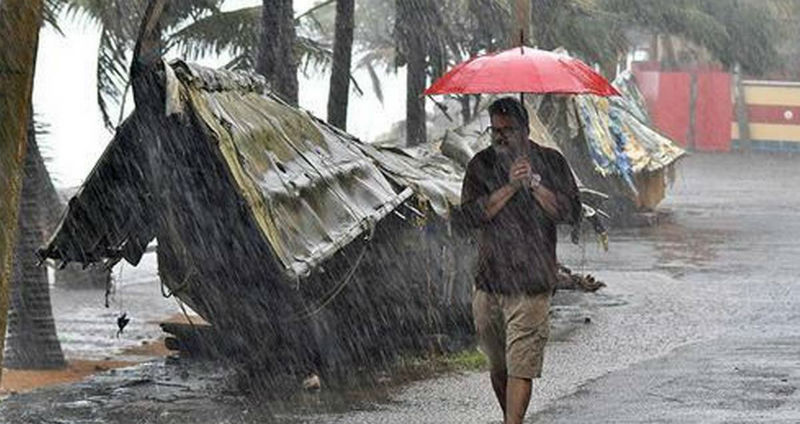 The state of Kerala has experienced active monsoon conditions for the last 2 days. The 24-hour rainfall for consecutive days on 16th and 17th November was 2-3 times of normal. Against the daily average rainfall of 4.5mm, the state registered 8mm on 16th November and more than 20mm on 17th November. The seasonal deficiency has dipped to 28% and may drop further in the next 2 days. Following this, a dry spell is likely over most parts of Kerala between 21st and 23rd November.

Low-pressure area supported by a well-marked cyclonic circulation over the Southeast Arabian Sea and Lakshadweep in the close proximity of coastline has soaked most parts of Kerala over the last 3 days. This weather system is strengthening and also moving away from the coast, thereby reducing the influence. Moderate showers are expected over many parts of Kerala in the next 48 hours and become minimal thereafter.

Southern parts of Kerala received heavier rainfall than the north. Aluva scored 118mm, the highest in the region followed by Alapuzha at 97mm. The coastal stations are likely to register more rainfall than the interiors in the next 48 hours. After the break, the fresh spell is expected from 24th November but may not be as intense and widespread as the current one.