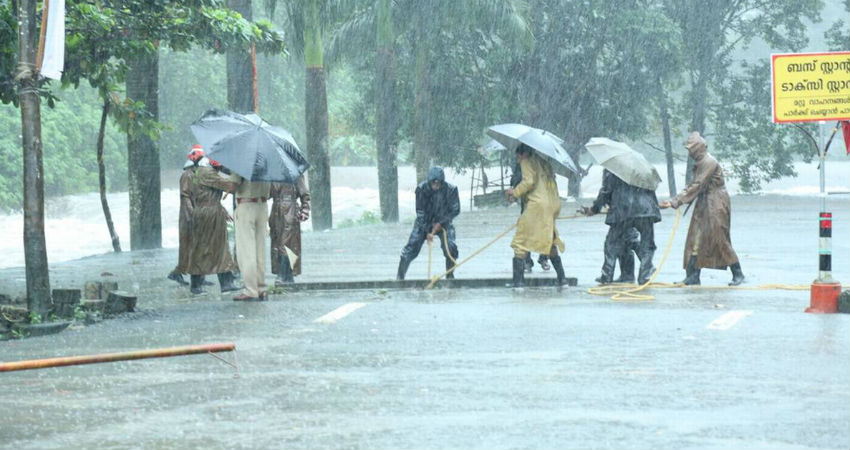 Moderate to heavy rains have battered Kerala with Kochi recording 76 mm and Alappuzha 36 mm of rain in a span of 21 hours from 8:30 am on Monday. Since the last 48 hours, the southern districts of Kerala have been receiving heavy rain and thundershower activities.

According to the Weathermen, a feeble offshore Trough is likely to develop over Kerala and South Coastal Karnataka which would keep the rains going in the state. On and off moderate rains coupled with some intense spells are likely to be seen for next two to three days.

During the entire season of Southwest Monsoon, Kerala had not seen very heavy rainfall barring one or two occasions. However, the post Monsoon season started on a good note and since the beginning of October, rains have been unstoppable. Along the West Coast, Kerala sees largest amount of rainfall with a seasonal average of 480.7 mm.

With Northeast Monsoon ready to set in anytime soon, the rainfall activities would further intensify in Kerala. And moderate to heavy rains would pay a frequent visit.

The state gets the maximum benefit during the Northeast Monsoon season. All the major weather systems align near the state, thus bringing in good amounts of rainfall activities.