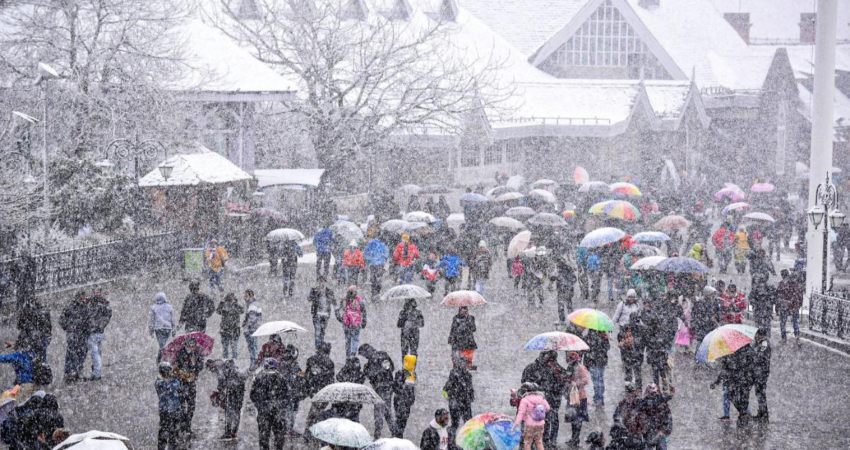 It has been a blissful winter season so far for the hills of Jammu and Kashmir, Himachal Pradesh and Uttarakhand. Frequent Western Disturbances in the month of December and now in January have given good amounts of snow and rain in the region.

In fact, heavy snowfall was recorded in the Union Territory Jammu and Kashmir and the state of Himachal Pradesh and Uttarakhand yesterday that has thrown normal life out of gear. Popular tourist destinations like Gulmarg, Pahalgam, Shimla, Manali, Nainital and Mussoorie were also lashed by good amounts of snow.

And looking at the weather models at Skymet, there isn’t any breather expected anytime soon as a fresh Western Disturbance (WD) is all set to hit the region again. According to senior meteorologists at Skymet, this weather system will enter the region by January 16 and start giving weather activity by evening. This spell is going to last for almost 4 days.

Heavy snowfall is again forecast in the hills during this period from January 16 to January 20. With just a short reprieve in between (on January 17) this spell will pose challenges for the people of the region. The conditions could be similar to the one observed yesterday. Road blockages would be a common feature and avalanches can not be ruled out either.

No relief in sight

After the passage of this system around January 20, another Western Disturbance will be ready to hit the region. In comparison, the fresh system will not be strong but scattered rain and snow are very likely in Jammu and Kashmir, Himachal Pradesh and Uttarakhand during this period as well.

And meteorologists say the situation is going to be almost similar till the end of the month as weather models show consecutive Western Disturbances ready to hit the region.