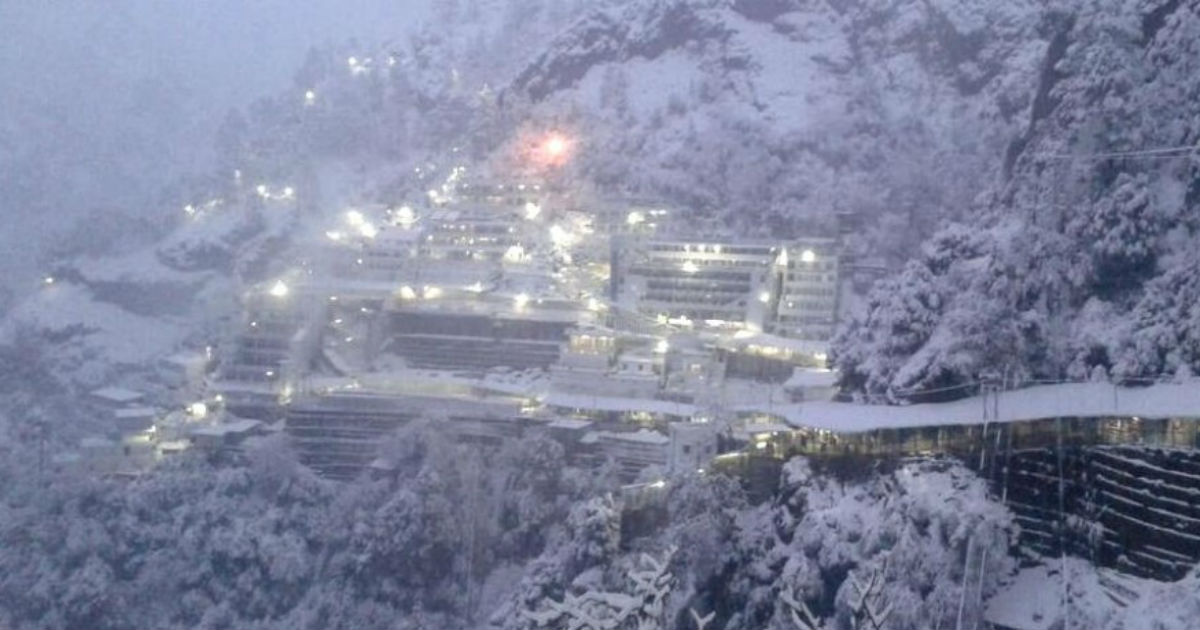 Country’s major hilltop shrine Vaishno Devi saw season’s first snowfall a day before yesterday. Widespread moderate to heavy snow was witnessed over most parts of Jammu, Kashmir and Ladakh for the second consecutive day on Friday as well. The helicopter service to the pilgrim site had to be suspended following the snowfall.

This recent activity has thrown normal day to day life out of gear. However, as weather forecasts were being generated way before which helped in taking up timely and adequate measures.

Kashmir valley remained cut-off from the rest of the country following the closure of the Jammu-Srinagar national highway for the second day as the region saw an accumulation of snowfall ranging from five inches to over three feet at various places. The efforts are going on to clear the highway for traffic, but operations are being hampered by continuous heavy snowfall.

Srinagar airport had to be closed shut and flights to and from were cancelled due to heavy snow for the seventh day.

The famous ski resorts of Gulmarg and Pahalgam have also received over two feet of fresh snow. Two-and-a-half-feet of snow was also recorded in the famous hill resort of Patnitop, as well.

Another spell of lesser intensity is likely to hit the region on December 20 and 21.