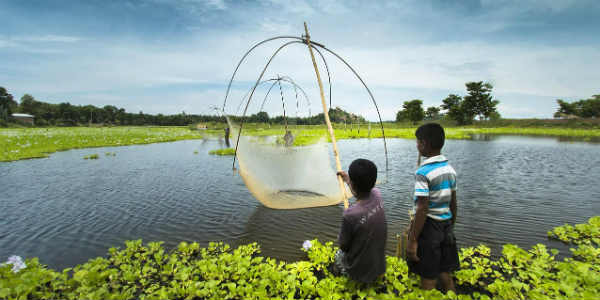 Heavy rains have once again returned to Odisha and Coastal Andhra Pradesh. Moderate to heavy rainfall has been recorded in several parts of both the states.

According to Skymet Weather, there is a low-pressure area over Northwest Bay of Bengal and adjoining North Odisha which is expected to cause moderate to heavy rain with one or two very heavy spells over Odisha for at least the next two to three days.

Indeed, Odisha up to now has witnessed good rain and thundershower, which is why the rain surplus stands at 3%.

Generally, the weather systems that form over Northwest Bay of Bengal move in the westerly direction towards Odisha. Hence, we could say that Odisha is one state which is most influenced by these weather features.

At this juncture, we are expecting more of these weather systems for instance cyclonic circulation or low pressure in future to develop over Northwest Bay of Bengal and affect Odisha.

In that event, we expect the state to see on and off good rain and thundershower including cities like Bhubaneswar, Cuttack, Jharsuguda, Angul, Puri, Sambalpur and Koraput for at least the following eight to ten days. These rains would favor the state’s rain surplus.

These weather systems evade the southern parts of Andhra Pradesh and that is why Rayalaseema is extremely deficient by 40% whereas Coastal Andhra Pradesh is rain surplus by 9%.

Present day, the low pressure and the impending successive systems would affect North Coastal parts of Andhra Pradesh namely Vijayawada, Machilipatnam, Bapatla, and Narsapur. However, Anantapur, Cuddapah, and Kurnool may have scanty rains at the same time.