Here is how Climate Change is destabilizing Monsoon 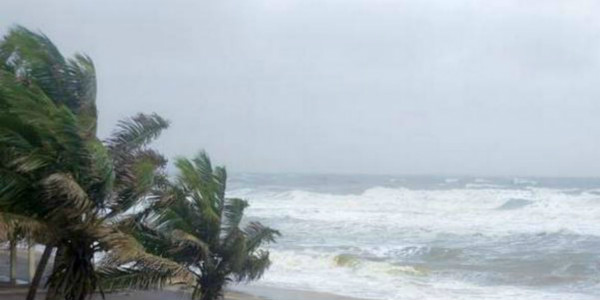 Monsoon in India is the most important weather event, while other countries do have their Monsoon, none of them compare to the Indian Monsoon. Most of the rainfall in the country occurs just on account of the four JJAS (June, July, August and September) months of the year. In fact, most of Asia is dependent on Monsoon, making an integral part of their lives.

However, as per findings by The Atlantic, now, Climate Change has been ruining quite a few things such and Indian Monsoon might be one of them. The worst part here is that the effects of the Indian Monsoon are also felt by others and not just India, making it an active feature of the weather across the globe.

Research has confirmed that Monsoon in Asia is entwined with several aspects of global climate along with having an influence over the global atmospheric circulation as well. The behaviour of Indian Monsoon in the near future has consequences for the whole world. Without a doubt, no other branch of the global climate system has a more direct effect. In fact, no other part affects more people than the Indian Monsoon.

Monsoon is as complex as anything else in the world. Lately, it has become quite clear that it is not just the warming of planet which is responsible for Monsoon rains but also other factors including aerosols emissions, domestic fires, crop burning as well as land usage changes. The challenges at present are to not only understand these influences on Monsoon’s behavioral but also detach them. Monsoon has been much more difficult to be studied as compared to other aspects such as global temperatures.

The available records of climate and rainfall in India have aided scientists to reconstruct the behavior of Monsoon in the past six decades and the results have been surprising as well as complex. Since the year 1950, average summer rains in India have declined by around 7 percent.

In 1990s, high concentrations of aerosols were found in the northern Indian Ocean. In fact, satellite images even showed a stain across the Indo-Gangetic Plain and over the Indian Ocean, which was named as the “brown cloud”. In 1999, a team of investigators set out to understand what brown cloud exactly was.

The findings said that brown cloud, aka haze, was a combination of sulfate, black carbon, nitrate, dust, and fly ash along with naturally occurring aerosols which included both mineral dust and sea salt. At least 75 percent of haze was due to human activity, particularly the ones along the Indo-Gangetic Plains as well as Northwest India. Reasons for such high contribution from this region could be domestic burning of biomass including wood, crop residue, dung, and coal used for cooking. Rest of it can be attributed to open crop burning.

Not only do these emissions have effect on climate, but they also cause harm to humans. At least 4 lakh premature deaths in India in a year is because of indoor pollution.

Black carbon combines with sulfates and other aerosols, wherein the Indo-Gangetic Plain contributes highly due to intensive industrial and extractive activity. This is the region where India’s extractive industries are placed mostly around Chota Nagpur region, which is rich in coal and mineral deposits. Furthermore, Delhi being one of the fastest-growing metropolitan areas in India has caused emissions to increase by a large number.

However, it is the Indo-Gangetic Plain which suffers doubly, with sulfur, carbon, and nitrogen-dioxide emissions combining with black carbon by using cheaper, dirtier fuels by those without access to electricity.

Due to all these factors, Monsoon is shifting its patterns. Aerosols absorb solar radiation due to which less of it reaching the surface of the Earth. This leads to cooling of land, reducing the contrast of temperature between sea and land, thereby weakening the atmospheric circulation that sustains the Indian Monsoon. Not only this, changes in circulation in the Indian subcontinent affect air-sea interaction which is the binding factor between Asia and the Indian Ocean.

Due to the Asian monsoon being linked to other parts of the planet’s climate, aerosols over South Asia may even have global consequences. When all this gets combined with global warming effects on the ocean and the atmosphere, it only gets worse. Aerosols do not counteract the effect of greenhouse gases in, but only complicates them.

Furthermore, regional Climate Change has been occurring also because of changes in land use. In the last 15 decades, forest cover over Asia has reduced significantly. Increase in agricultural production in India, excessive use of water for irrigation has caused a negative impact on the moisture of the soil thereby diminishing its capability to reflect or absorb heat. Crops are the ones reflecting more solar radiation than forests, which rather absorb it.

In fact, the measures taken to protect India against Monsoon vagaries namely irrigation, the planting of new crops have destabilized Monsoon itself. While at one point of time Monsoon was known as the one that shaped millions of lives, now, the behavior of Monsoon responds to human intervention.