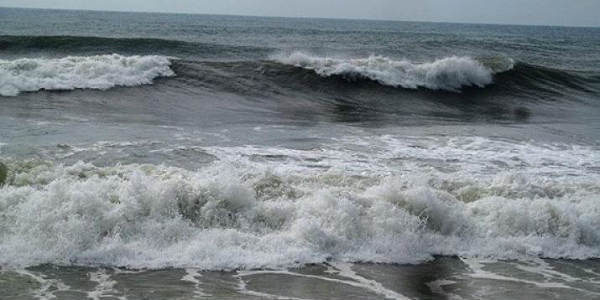 The period between October to December is considered to be the cyclone season for Indian seas that include Bay of Bengal and Arabian Sea. This year, we did not see any cyclone during October and first half of November.

However, as we entered into the latter half of the month, we saw a low pressure area emerging in Southwest Bay of Bengal that travelled all along the Comorin region to Arabian Sea and finally concentrated into a tropical storm Ockhi.

The system had even gone up to the category of a very severe cyclonic storm.

Earlier weather models had been indicating towards its intensification into a cyclonic storm. But as it proceeded further, chances of this deep depression becoming into a cyclone became bleak.

According to weathermen, till the time any weather system is tracking in deep oceanic waters, chances of its intensification into a cyclonic storm cannot be ruled out. However, this is governed by majorly two factors that are—a) warm sea surface temperatures to the tune of 28°C and b) high vertical wind shear. Not only this, system’s proximity to the coast also plays a vital role in its growth.

The prevailing deep depression is centered at Latitude 15°N and Longitude 86.8°E, around 510 km south­southeast of Gopalpur and 610 km east­southeast of Machilipatnam. With this, the system is presently travelling in favourable weather conditions but as it is moving rapidly, it would soon enter into comparatively cooler sea surface temperatures.  Thus, we feel that this system will have to work against some odds to become a cyclonic storm.

Have a look at the following figure that shows the expected track of the system along with the sea surface temperatures. 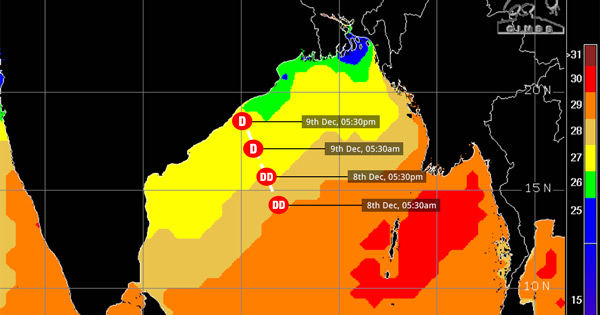 Also, as per norm, when a system in the Arabian Sea is close to the Maharashtra or Gujarat coast or on the other side in the bay of Bengal close to Odisha and Andhra Pradesh coast, the chances of its intensification are highly unlikely. Historically also, there have been systems which have decayed as soon as they have come in proximity of the coast.

Now, as shown in the picture above, we do not expect the deep depression to intensify further into a cyclone.