Impact of Cyclone in Indian Seas on the Northeast Monsoon 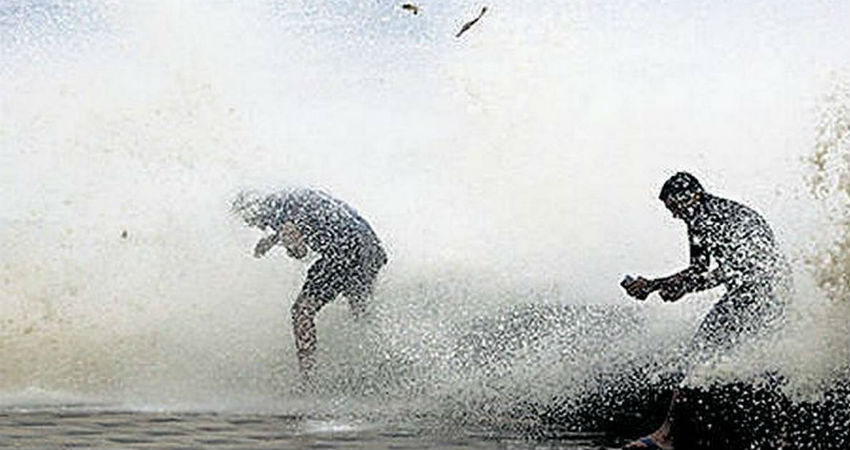 Successive cyclones in the Indian seas are holding back the rainfall activities which are usually seen during the Northeast Monsoon season. The cyclones are formed either in the North Andaman Sea or the Southeast Bay of Bengal. And this is the origin of Northeast Monsoon as well which unfortunately gets consumed by the cyclones. Hence, disrupting the Monsoon cycle.

As we have mentioned earlier, the Northeast Monsoon is made up of smaller-scale systems, but they get subsumed by the bigger systems that are the cyclones.

Under such a situation, sporadic showers are seen during the Northeast Monsoon season. Overall, we can say that nearly dry weather conditions are seen whenever the cyclones are in the vicinity.

Adding to this we would like to tell you that the tail of cyclones builds fresh easterlies which are the lifelines for the activation of Northeast Monsoon. Cyclone Bulbul is already in making and is expected to complete its journey by November 12. Around the same time, a fresh cyclone will possibly brew up and follow the same path as its predecessor.

Between November 9 to November 11, when Cyclone will make its way towards Odisha and Bangladesh then we can expect some rainfall activities especially over South Interior Karnataka, Kerala, and Tamil Nadu. These places are likely to witness moderate showers. And still waiting in the wings will be another cyclone which will travel most probably from the East Asian side.

The strong wind flow will remain concentrated in and around Cyclone Bulbul only and will restrict the flow of north easterlies over Tamil Nadu. Hence, leading to subdued rainfall activities over the southern peninsula.

In the past 24 hours, rainfall deficiency of the southern peninsula has touched 76%.

From November 6 to November 8, subdued activities will be seen while between November 9-12, few places of the southern peninsula may witness moderate rainfall activities.

It is true that Northeast Monsoon didn’t perform well in the first five days of November and a similar pattern is likely to be seen. Yet we should not lose hope as the second half of November is still there.