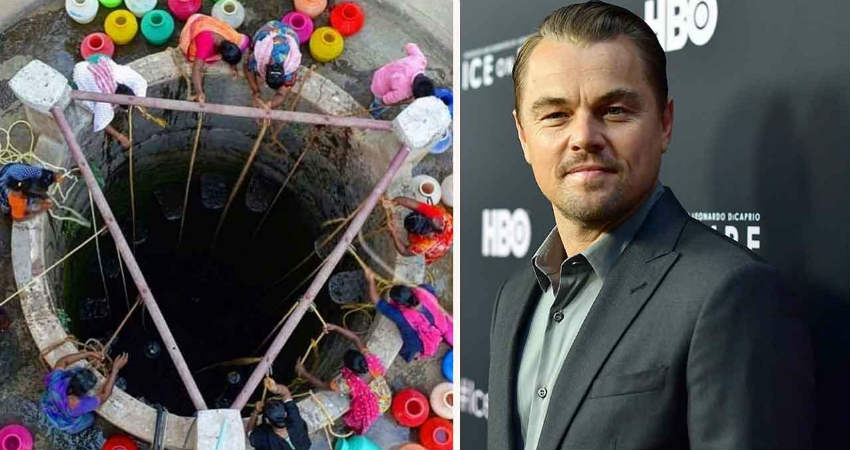 Leonardo DiCaprio, the Oscar winning actor and also an environmentalist has made it quite clear that he is doing his bit to combat Climate Change and working towards spreading awareness. In his documentary, Before the Flood, DiCaprio along with several leaders, scientists and activists have spoken about the Climate Change dangers and the possible solutions to combat the problem.

Leo has raised his concern about the recent water crisis which has been wreaking havoc over the capital city of Tamil Nadu, Chennai. DiCaprio a day ago shared an image on Instagram of a dry well with women standing around the well, their buckets inside the well.

#Regram #RG @bbcnews: "Only rain can save Chennai from this situation." A well completely empty, and a city without water. The southern Indian city of Chennai is in crisis, after the four main water reservoirs ran completely dry. The acute water shortage has forced the city to scramble for urgent solutions and residents have to stand in line for hours to get water from government tanks. As the water levels depleted, hotels and restaurants started to shut down temporarily, and the air con was turned off in the city's metro. Officials in the city continue to try and find alternative sources of water - but the community continue to pray for rain. Tap the link in our bio to read more about Chennai's water crisis. ( Getty Images) #chennai #watercrisis #india #bbcnews

He started by writing, a well completely dry and a city without water, it is only rainfall, which could save the city of Chennai from the situation it is in. The Chennai Water Crisis came into play when all the main water reservoirs of Chennai, ended up running completely dry. The water shortage in the city has become so acute, that residents have been standing in line for hours together just to get some water from the government tanks. Water scarcity in Chennai has resulted in the temporary shut-down of restaurants and hotels. City officials continue to try to find sources of water from alternative sources, however, residents are only praying for some rain.

Cholavaram, Redhills and Chembarambakkam lakes have gone dry. These lakes supply water to Chennai. Also, just about 19 million cubic feet water is left in the Poondi store whose full limit happens to be 3,231 million cubic feet).