Incessant rains to cause floods in Assam, Meghalaya, Nagaland 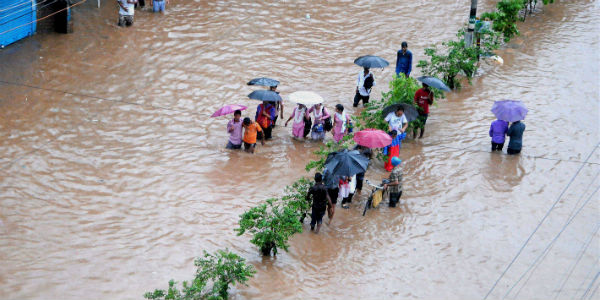 These weather conditions can be attributed to a cyclonic circulation which is seen over central parts of Assam. Now, the axis of Monsoon trough is also expected to shift towards North and eventually will lead to an increase in the rainfall activities over Assam and Meghalaya.

Check the Live Lightning and Thunderstorm status over Northeast India:

Moreover, between August 9 and 12, heavy to very heavy rains are expected to occur over entire northeastern states particularly over Assam. In the meantime, extremely heavy rains are possible at few places which might trigger flooding in several parts of Assam and adjoining areas.

Just about a fortnight ago, many districts of Assam were reeling under intense flooding conditions. Now, due to these incessant rains in offing, the situation is likely to turn severe once again. During the next four days, heavy rains cannot be ruled out over the state. Thus, residents are advised to take prior precautions and remain safe.