Increasing maximums in Delhi signal towards end of winters 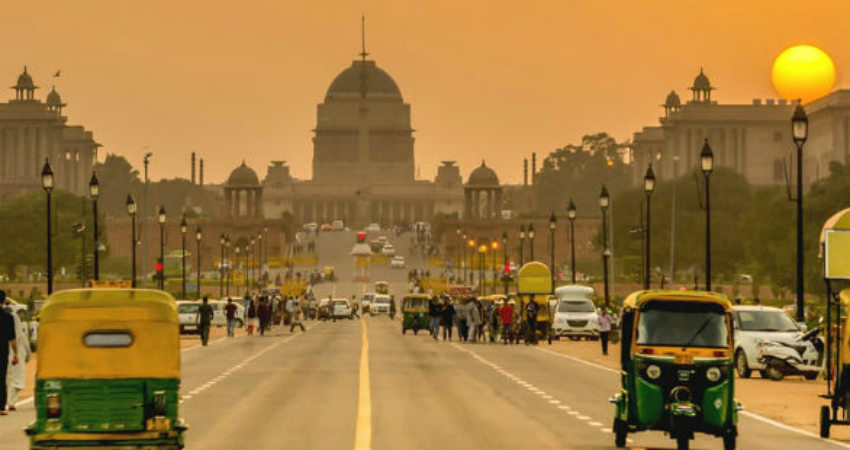 Delhi weather has been getting warmer each day. Moreover, the maximum temperature yesterday settled at 27.8 degrees at Safdarjung, which happens to be the highest this season. However, it seems like the temperatures will continue to be on the rise, as far as the maximums are concerned signalling towards the end of winters.

The maximum temperature yesterday at the Palam observatory settled at 27.2 degrees, which is again the highest maximum this season and is also five degrees above the normal levels.

This increase in temperatures have been attributed to clear sky conditions and change in the wind pattern as warm westerlies are blowing over the region. Therefore, as per our weathermen, temperatures in Delhi are expected to continue to settle in the similar range and not reduce much in the coming days, between 25 and 27 degrees.

Talking about the minimum temperature, there has been a three degree increase from yesterday, i.e. from 10.2 degrees to 13.7 degrees Celsius. These temperatures may see slight drop tomorrow but will not go beyond the 10 degree mark.

Western Disturbances now have become feeble, thus the effect of these systems will not be felt over the plains of North India.

Talking about the pollution levels in Delhi, the air quality will continue to remain in the moderate category in the coming two to three days in most parts. Fog has also been absent from the region due to less rains and absence of high humidity levels in February.

Any information picked from here must be attributed to skymetweather

Weather on Twitter
The #coronavirus outbreak has been declared a public health emergency by the World Health Organization and has name… t.co/izpEYxNDsA
The United Nations estimates #India’s population to overtake China’s by 2027. This will pressure the country’s econ… t.co/i0LgwgjrEm
Just a week before, Storm #Ciara had unleashed fury over many parts of the United Kingdom and resulted in heavy rai… t.co/j8yfhVnfpW
We now do not expect any Western Disturbance very soon and the one which is expected would travel in the upper lati… t.co/E9OVgaaiei
The cloudy skies will start clearing up after 24 hours, following which the day will turn warm once again. Thus, th… t.co/dcMnebhful
#Hindi: मौसम विशेषज्ञों की माने तो अगले 7 दिनों में किसी भी महत्वपूर्ण मौसमी प्रणाली के आभाव में मौसम शुष्क और आराम… t.co/lXozz3vAyP
#Delhi: Both minimum and maximum temperatures will fall by a few degrees in the next few days before picking up onc… t.co/wEhhcbaB5b
अगले 24 घंटों के दौरान पश्चिमी विक्षोभ के कश्मीर से आगे निकलने के बाद पहाड़ों पर बारिश और बर्फबारी कम हो गई है। हा… t.co/VJd9ZpDDF1
Days would be fairly comfortable with ample of sunshine, keeping maximum temperatures in double digits. Meanwhile n… t.co/uf0Jv0pQRe
Have a look at the day and night #temperatures for major cities of #India on February 14. t.co/eUvNNrG8HQ
Follow us @skymetweather