Intense heat to persist over Mumbai, relief by March-end 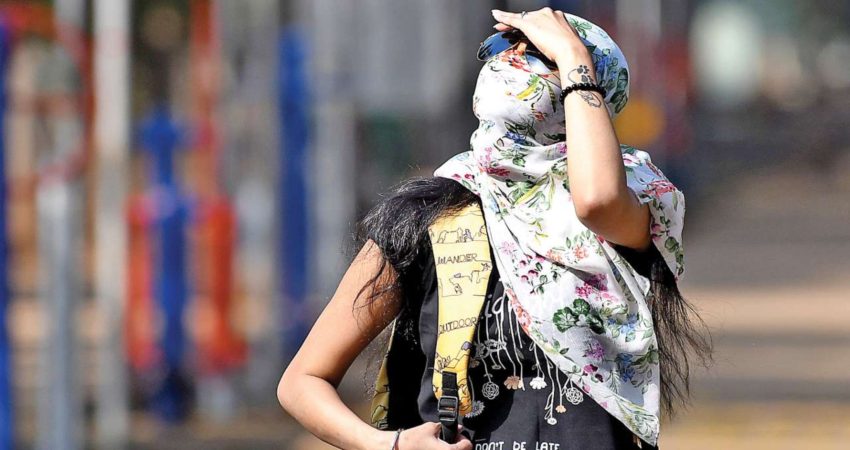 For the last two days, Mumbai has been witnessing very hot and uncomfortable weather. Maximum temperature in Mumbai has raised to 38 degrees. Yesterday Santacruz observatory of Mumbai recorded 38.7 degrees, which is the highest of this season. Although the minimum temperature for Mumbai is near normal, the maximum is 6 degrees above normal.

The reason for this sudden spike in temperature over Mumbai can be attributed to northeasterly and easterly dry and hot winds. An anti-cyclone is persisting over Southeast Pakistan and the adjoining Kutch region. Due to this anticyclone, the direction of the wind is from North East up to the mid tropospheric levels. When temperature increases over land, air tends to rise. Relatively cooler winds from the Arabian Sea starts blowing from the Arabian Sea toward the coast to replaces rising air. These winds are known as the Sea breeze. After the commencement of Sea breeze, temperatures start subsiding. But since the last two days setting of the Sea breeze is being delayed. Anti-cyclone will persist for another 2 to 3 days until Holi. Wind direction will change from Northeasterly to Northwesterly and westerly from March 30th. Mumbai will get relief from hot weather conditions.

Mumbai has recorded 40 plus maximum five times during the last decade. The highest monthly maximum recorded is 41.7 degrees on March 28 in 1957.

The first 40 degrees for Ahmedabad likely soon, may cross the threshold of 41 degrees

Hot days ahead for Delhi, mercury may shoot to 38 degrees

Weather update and forecast for March 26 across India