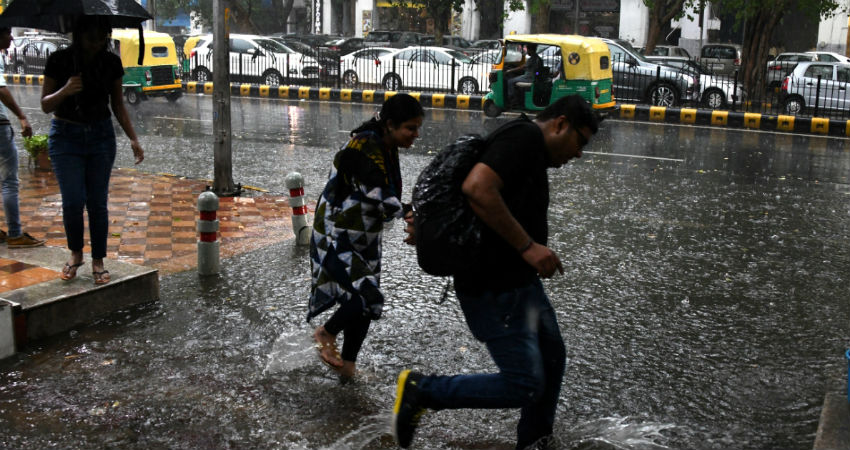 The month of March is the transition period from Winter to pre Monsoon season for Delhi. The first half of the month witnesses large fluctuation in the temperature and by the month-end, heat starts catching up. In fact, both day and night temperatures take a leap of 5-6 degrees Celsius i.e minimum increases averagely to 15℃ from 10℃ in February, while maximum from 24℃ ( on an average basis in Feb) to 30℃ (March). By the end of the month, mercury even hits a 35-degree mark.

On one hand, wherein temperatures increase, on the other, rainfall reduces. The monthly average rainfall of March stands at 15.9 mm for the National Capital Territory.

On February 29, Delhi received some significant showers to the tune of 19 mm on account of an active Western Disturbance over the Western Himalayas. According to meteorologists at Skymet, rainfall recorded on February 29 would be counted in March. And in this way, Delhi has already achieved its monthly average rainfall target of 15.9 mm. So now, whatever development the weather models are indicating, is only going to bring surplus rainfall for the city.

As per Skymet’s weather models, Delhi is gearing up for a prolonged rainy spell from March 4 to 7. These rains would be a result of two significant weather systems that will be working in tandem to cause widespread rain. A Western Disturbance is likely to approach the Western Himalayas by the night of March 4 which will induce a Cyclonic Circulation over West Rajasthan and adjoining area.

The combined effect of two might bring one of the longest and heaviest spells of rain for Delhi (for the month of March). Initially commencing with the light intensity, the showers would increase on March 5 and peak on March 6. These rains would be accompanied by strong winds, hailstorm activities and thunderstorms. Lightning strikes at a few places cannot be ruled out.

Meteorologists have predicted 25 to 30 mm of rain in these four days in Delhi. Considering chances of intense weather activities, Skymet has already issued an orange alert to guard against lightning strikes and hailstorm. Moreover, as most of these weather activities would take place during late evening or night hours, commuters might have to face some chaos. Hence, precautions must be taken.