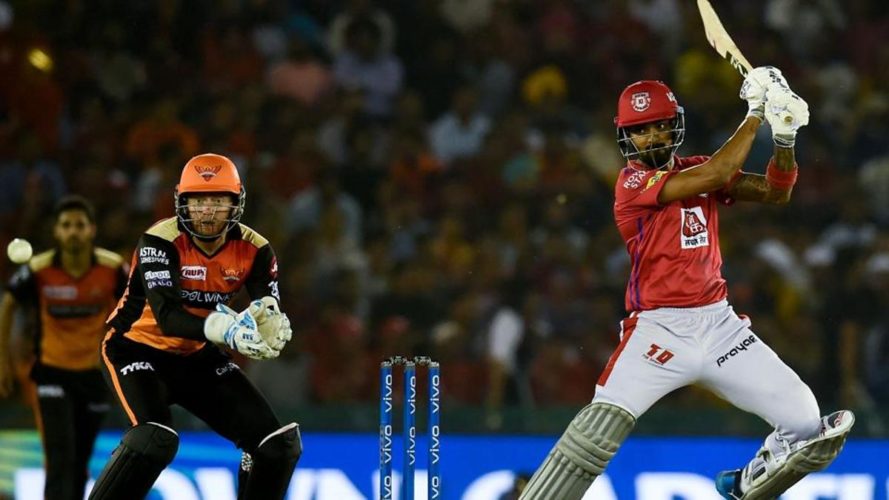 The 48th match of IPL will be played today between Sunrisers Hyderabad and Kings XI Punjab at Hyderabad’s Rajiv Gandhi International Stadium from 8:00 pm.

Both the teams have faced defeat in their last two matches. In this regard, today’s match would be the deciding factor for the teams to break the monotony of their defeats.

Weather in Hyderabad during the match

The weather during the match will remain very warm, with temperature around 31℃ to 33℃. South easterly winds will blow over the region, with humidity percentage around 30 to 35. Few patches of clouds may appear, however weather will remain dry. Moreover, dry and warm weather would cause uneasiness for the players and audience.

A glance at the IPL statistics

Both the teams have played 13 matches against each other so far. Of these, Hyderabad has won 9 matches, as against 4 matches won by Punjab’s team. 6 matches were played in Hyderabad’s home ground, out of which Hyderabad has won 5. Amongst the 6 matches played in Punjab, Kings XI has won 4 matches. According to statistics, the Hyderabad’s team appears very strong in their domestic arena.

Talking about this season, this will be the second match that will be played between both the teams. Earlier, in the first match on April 8, the Hyderabad team had to face defeat.

It will be interesting to see today whether Hyderabad team takes revenge for their previous defeat, or the Punjab team breaks the monotony of their defeats.

Trying to chase the target of 233 runs, Hardik Pandya from Mumbai Indians scored a brilliant 91 runs of 34 balls. In the process he scored the fastest 50 of the season. In addition, Suryakumar Yadav scored 26 and Kunal Pandya scored 24 runs. Despite this, Mumbai's team could only manage 198 runs in 20 overs.

With this win, Kolkata, who have consecutively lost their last 5 matches, finally got the chance to break the jinx. Following this victory, KKR has gone up to seventh place from fifth in the points table.