Jaipur, the fog diversion of Delhi has remained clear this winter 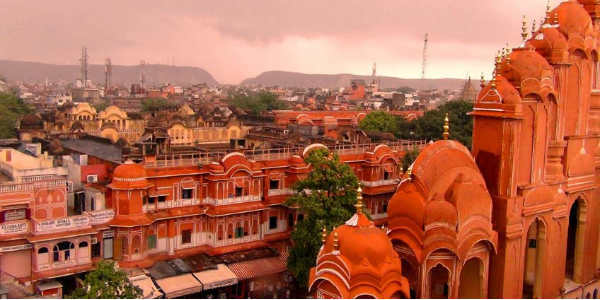 During the winter months, fog is one phenomenon that makes an appearance over most parts of the plains of North India. In fact, the national capital, Delhi and the NCR region gets gripped under the blanket of thick fog on several occasions.

So much so that at times, Delhi gets fog thick enough to make flights either delayed or diverted to their counterpart cities. For the national capital, it has two diversions. One of them happens to be Jaipur in the state of Rajasthan, while the other is Lucknow in Uttar Pradesh.

Moreover, Delhi, being the national capital has the most amount of air traffic, wherein flights take off as well as land every minute of the day. In case of fog, Delhi has to bank upon diversion its two diversions.

However, when it comes to observing foggy conditions, the city of Lucknow also happens to be as vulnerable as Delhi wherein fog makes appearances on quite a number of occasions. On the other hand, Jaipur happens to be safe enough in terms of fog and only light fog is seen a few times.

On the other hand, Delhi has also not seen a lot of fog this time and foggy conditions have been witnessed only four times, twice in December, on the 14th and 25th and two times in January as well, i.e. on the 3rd and the 7th. Meanwhile, diversions have only been taken place twice, both the times to Jaipur, i.e. on December 25 and January 3.

Generally, Jaipur is a safe diversion but few incidents have been there when all the cities inclusive of Delhi, Lucknow and Jaipur simultaneously have fog i.e. when active Western Disturbances affect North India.

Talking about the temperatures, normal minimum is at 8.4 degrees with maximum settling at 22.4 degrees Celsius.

The lowest minimums have settled at 5 degrees Celsius for Jaipur on two occasions, one on December 30 and the other on January 12. Temperatures have remained in the low 20s with pleasant weather and clear skies.