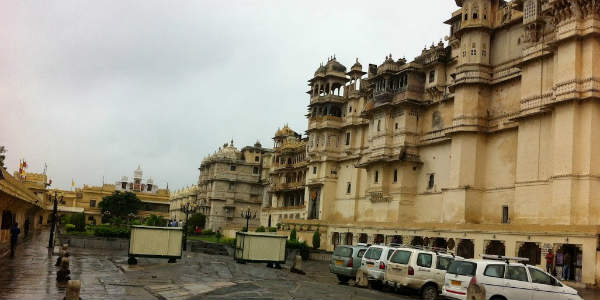 These weather conditions can be attributed to the westerly movement of a cyclonic circulation which is was seen prevailing over Chhattisgarh and adjoining areas of Odisha. Skymet Weather reiterates that now, these rains are likely to continue in the dessert state of the country.

As per Skymet Weather, a trough is likely to form over North Rajasthan and adjoining areas of Haryana which may give a good amount of Monsoon rains over northern districts of Rajasthan. Simultaneously, an induced cyclonic circulation is expected to develop over Northwest Rajasthan by the end of this month.

Due to these weather systems, light to moderate rains are expected to continue over Jaipur, Sikar, Nagaur, Ajmer, Jhalawar, Chittorgarh, Pratapgarh and Udaipur for the next two to three days.

Click here to check the Live Lightning and Thunderstorm status over Rajasthan:

The intensity of these good Monsoon showers is likely to increase over the southern districts of Rajasthan as well. Hence, Chittorgarh, Udaipur, Maswada, and Dungarpur may see an increase in the rainfall activities for the next two to three days.

Thereafter, by August 30 and 31, the intensity of these good Monsoon rains are likely to decrease over most parts of Rajasthan. Although, northern districts of Rajasthan such as Ganganagar, Hanumangarh, Churu, and Bikaner may continue to settle with light to moderate rain and thundershowers until September 3.