January rains end on a poor note for East India 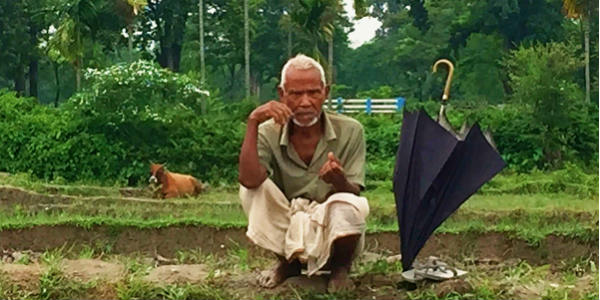 After giving deficit rains for four consecutive years, the month of January this year as well, saw a very poor performance of rains in the East India that comprises of states like East Uttar Pradesh, Odisha, Jharkhand, Bihar and Gangetic West Bengal.  As on January 31,  Gangetic West Bengal is rain deficit by 99%, followed by Jharkhand at 93%, Odisha 88% and Bihar 61%.

However, if we look at pan-India rainfall performance for January, the month started on a pretty slow note, which finally caught up with rains, quitting on a pretty satisfactory performance. The countrywide seasonal rainfall for the country stands normal with slight below normal rains to the tune of -4%.

The below graphs looks at rainfall figures for the Eastern states over a span of 5 years: 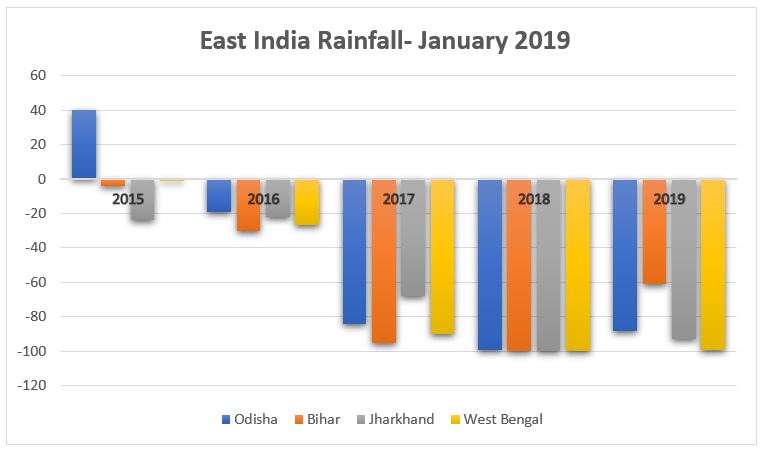 Why are rains this rational over East?

Odisha is one state that rarely fails in the Monsoon season, however January rains present a different story. Looking into the reason, we see that January is one month in the Winters that rarely sees any system forming in the Bay of Bengal. The only weather for the eastern states is brought by the ones developing in the north and then travelling towards the east.

Another spell is being forecast when a cyclonic circulation is likely to form over Indo-Gangetic plains around February 4, which would start giving rains on February 6-8 over Bihar and Jharkhand. The intensity of which, however will be very less over West Bengal and Odisha.