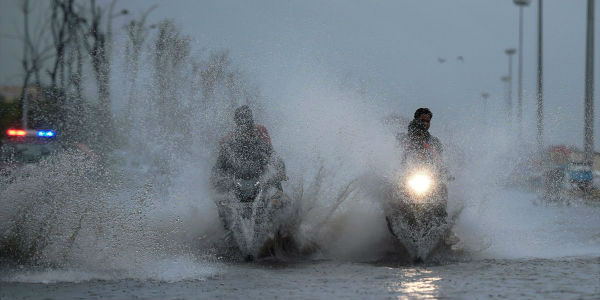 The months of June and July along with August happen to be the main Monsoon months. In fact, July and August are core Monsoon months. June contributes to 18 percent of total Monsoon rains, July contributes 33 percent, August 30 percent and September gives 19 percent.

June is the onset month and both the intensity as well as the spread varies due to the varying onset dates, resulting in large variability in Monsoon rains. By the month of July, the variability of month stabilizes.

There are times when June sees deficient rains which becomes a troublesome affair for the other months. In fact, any rolled over deficiency in one month leads to an additional liability for the other and keeps on becoming burdensome for the months to follow.

In case of Monsoon rains being on the lower side in June, the month of July has to perform well. However, if even July does not perform well, it tends to become a worrisome situation for the months of August and September.

Moreover, if June and July are underperformers in terms of Monsoon rains, then the subsequent months of August and September have to perform beyond their limits to catch up so as to avoid any large deficient rain situation.

Monsoon performance does not only depends on Monsoon circulation by itself but oceanic parameters also play a significant role. In fact, both the closer to home oceans including the Bay of Bengal and Arabian Sea which govern the MJO and the IOD along with the far off Pacific Ocean which is home to the notorious El Nino.

In fact, the sustenance of Monsoon circulations depend on the oceanic and atmospheric conditions.

The table below shows June and July failure ones with the deficiency in these two months being 10 percent or more:

June and July this time have just underperformed with a deficiency of 5 and 6 percent, respectively. However, the month of August also does not look promising, at least during the first week or ten days. Thereafter, we will have to wait and watch as to how it turns up.