Kerala rains to witness a reducing trend; to intensify after June 5 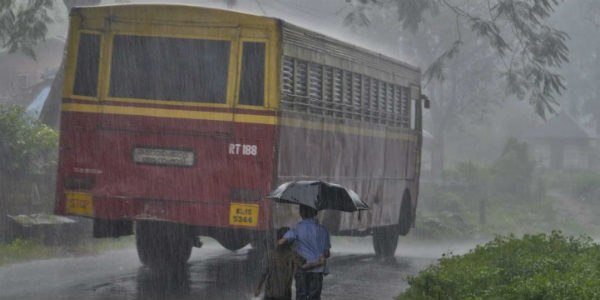 As predicted by Skymet Weather, after recording some moderate to heavy showers for the last couple of days, rain over Kerala began reducing. The extent of reduction can be made from the fact that out of the 80 noted stations, only 9 stations have recorded a double-digit rainfall whereas, the remaining were seen witnessing only light spells.

As per Skymet Weather, these rains were occurring due to the low-pressure area in Southeast Arabian Sea. However, the weakening and the passage of the system has resulted in dipping the rains over Kerala.

As of now, the system is expected to drift further northwards and thus, rains over the state are likely to reduce further. Though on and off light with isolated moderate rains would keep occurring over the state, heavy spells are not expected until a new surge is formed in the Arabian Sea which is not likely before June 5.