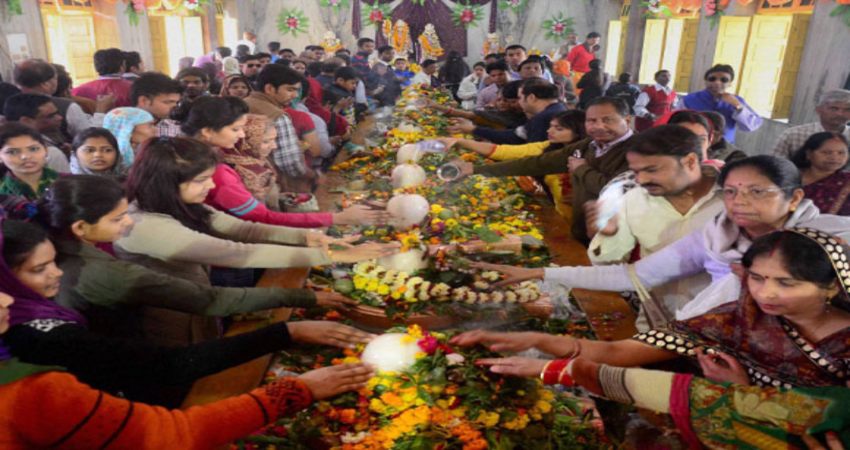 Maha Shivratri also known as ‘Padmarajarathri’ is an important Hindu festival that is celebrated annually in the honour of Lord Shiva. And, during this time, the devotees of Lord Shiva can’t control their excitement as they gear up for Maha Shivratri.

The festival is about "overcoming darkness and ignorance" in life. It is celebrated by remembering Shiva and chanting prayers, fasting, and meditating on ethics and virtues such as honesty, charity and forgiveness.

This is an ancient Hindu festival of which the origin is unknown. But, it is celebrated every year on the 13th night/14th day of the Maagha or Phalguna month of the Hindu calendar. Well, this year Maha Shivratri falls today that is on 21 February 2020.

How the weather is going to be in entire India today:

Devotees of Lord Shiva must be super excited to celebrate Maha Shivratri 2020. As per the weather models at Skymet Weather, today we expect many parts of Punjab, Haryana, and Uttrakhand to continue receiving light rain. Also, West and Central parts are likely to see scattered rainfall activities, while isolated rain is expected in East Uttar Pradesh.

Isolated light rain is also expected in South and interior Tamil Nadu including the city of Chennai. These rainfall activities will be seen in the wake of moderate easterlies blowing over the region from the Bay of Bengal.

The other parts of the country will remain dry on the celebration of Maha Shivratri 2020. The weather will start clearing up from Punjab, Haryana, Uttrakhand and West Uttar Pradesh by today from the late afternoon hours.

Although these are many stories behind this festival, according to common belief, on this day Lord Shiva drank the poison. This poison came out from the ocean during the Samudra Manthan between Gods and Demons.
Lord Shiva held the poison in his throat instead of swallowing it which made his throat blue. Shivji's name 'Neelkantha' is derived from this incident.

Generally, it is believed that anyone who utters the name of Shiva during Shivratri with pure devotion is freed from all sins. He or she reaches the abode of Shiva and is liberated from the cycle of birth and death. Shivratri is considered especially auspicious for women. Married women pray for the well being of their husbands and sons, while unmarried women pray for an ideal husband like Shiva, who is the spouse of Kali, Parvati, and Durga.

This is how Maha Shivratri is celebrated:

The phallus symbol representing Shiva is called the lingam. It is usually made of granite, soapstone, quartz, marble or metal. Lord Shiva’s devotees circumambulate the lingam and worship it throughout the night. It is bathed every three hours with the 5 sacred offerings of a cow, called the 'panchagavya' - milk, sour milk, urine, butter, and dung.

Then the 5 foods of immortality - milk, clarified butter, curd, honey, and sugar are placed before the lingam. Dhatura fruit and flower, though poisonous, are believed to be sacred to Shiva and thus offered to him. The fast is broken only the next morning, after the nightlong worship.