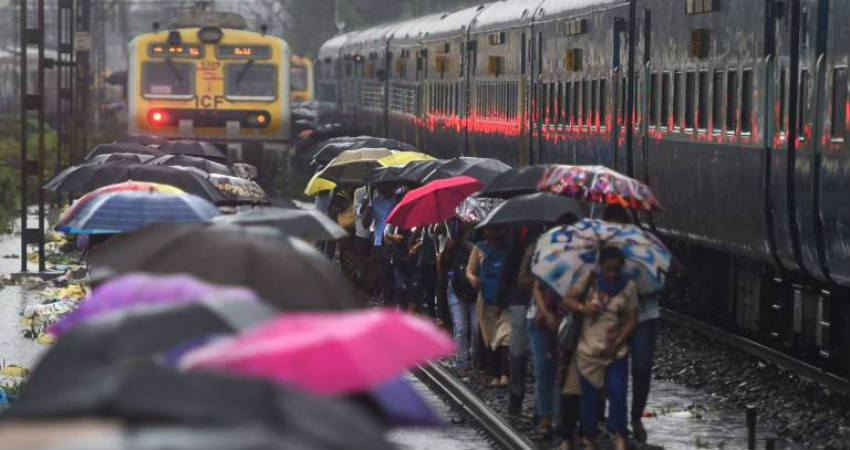 In these times of extreme weather events, rainfall pattern has gone for a toss across the country in the last few years. The maximum impact of this can be seen on India’s main rainfall season of Southwest Monsoon. Country might achieve the target during the four-month long season, but it is the rainfall distribution that has gone haywire.

Although climatological records are updated/ upgraded/ downgraded normally in 30 years, but we are now in dire need to revise these records. Owing to changing climate patterns, there has been already a change in the average rainfall for the four-month long Monsoon season done by state-run India Meteorological Department in 2019.

Till 2018, the average rainfall was accounted to 887 mm of long period average (LPA) from June to September. The new normal for the season now stands at 880.6 mm of LPA. Besides this, monthly rainfall statistics have also been revised.

It is a known fact that India’s agriculture is still largely dependent on Monsoon rains and changing Monsoon pattern has been taking toll on the agri-production. In wake of this, just changing the rainfall figure was not enough and thus, monthly rainfall has also been revised accordingly for few stations.

But we need to dig more deeper in these unpredictable times, especially about the onset and withdrawal of Monsoon. Slowly and steadily, we are inching closer towards Monsoon 2020 and thus, it even becomes more important to make timely changes. Onset date for Kerala is at June 1 and withdrawal commences from September 1 and is completed by October 15.

This indicates that 84% times Monsoon had started its four-month long journey on time and that it was only 16% when Monsoon was delayed or arrived before time. However, the area which Skymet Weather believes should be considered to be revised is the region of onset.

Normally, Southwest Monsoon enters the country through Kerala and across Bay of Bengal at one go. Simultaneously, it also extends to Northeast India. Prior to this, Monsoon reaches Andaman coast of Myanmar almost 10 days before Kerala.

Around the time of onset over the country, apart from Kerala, we also see intense rains over Northeast India. In fact, weather conditions are quite akin to that of Kerala be it in terms of relative humidity, rainfall, clouding or wind pattern.

RECOMMENCATION: Thus, there are good number of chances that Monsoon arrives over Northeast India first than Kerala on few occasions or if not that then simultaneously. Hence, we at Skymet Weather believe that this should be considered for revision. A criterion should also be ruled out for the onset of Monsoon on Northeast India on similar lines that of Kerala or something exclusive.

Besides this, variability of Monsoon over a week should also be acceptable and arrival of Monsoon seven days prior or later should be deemed as normal. In wake of this, we believe these dates should be shifted.

Region-wise onset dates should be pushed little far, especially for North and Central India. While Monsoon in southern parts advances with variability of one week, it expands to 15 days in northern parts. Looking at the statistics, the ratio for timely onset of Monsoon over these regions versus delayed arrival is 2:8. Not only this, it is not necessary for Monsoon to cover the entire state or sub-division in one go. 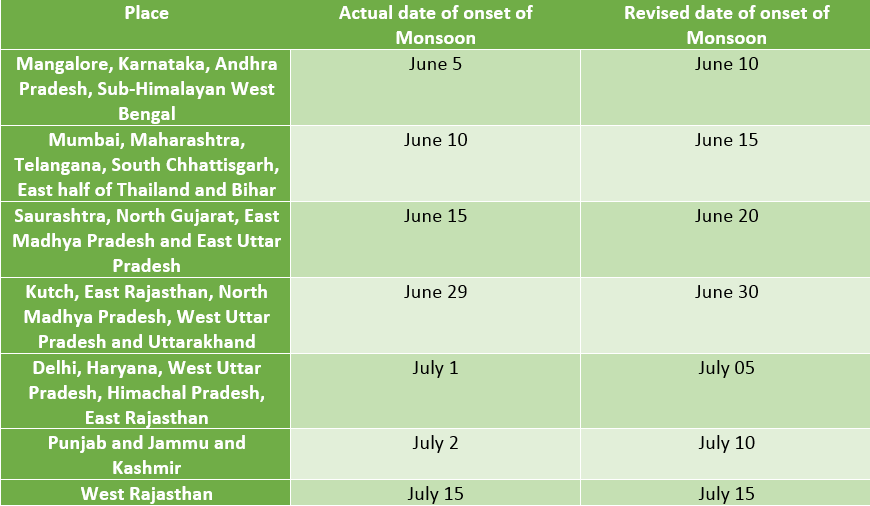 Fluctuations and variabilities are quite large in the withdrawal pattern. Commencement of Monsoon retreat from Rajasthan is scheduled on September 1. Invariably this deadline is being surpassed and at times by a big margin. Further, the withdrawal of Monsoon from the subsequent parts of the country is not very smooth. At few occasions, the process is even halted in between.

Monsoon withdrawal is considered complete when it reaches 15°N over Peninsular India, which is around October 15. This also is the time when Northeast Monsoon to make incursion before setting in. As per schedule by October 1, withdrawal is done till Goa, Madhya Maharashtra, West Madhya Pradesh, and West & Central Uttar Pradesh.

It has been largely seen that withdrawal of Monsoon across the central parts of the country has extended up to October 10 against the normal date of October 1. The process gets completed around October 20 or even beyond.

RECOMMENCATION: Looking at this, we at Skymet Weather feel that withdrawal dates for Madhya Pradesh, Uttar Pradesh and Maharashtra need to be revised.