Kochi records 80 mm of rain, Active to vigorous Northeast Monsoon to give flooding rain in Kerala 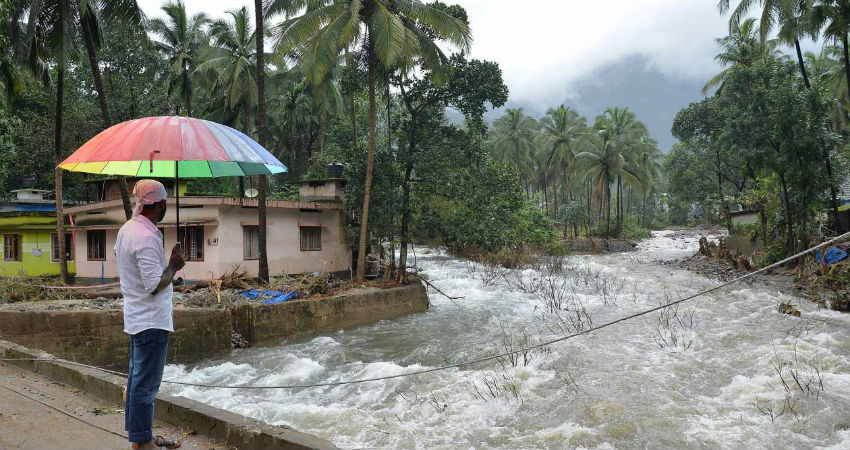 As predicted by Skymet Weather, moderate to heavy rain with one or two very heavy spells have lashed the parts of Kerala during the last 24 hours.

According to the rainfall data available, Kochi has received 80 mm of rainfall, Alappuzha 56 mm and Trivandrum 32 mm in a span of 21 hours from 8:30 am on Sunday.

Talking about the weather system, a Cyclonic Circulation is over Southwest Bay of Bengal across the Comorin Area. In addition to this, a Low-Pressure Area would soon form over Tamil Nadu and Andhra Pradesh Coast.

The combined effect of these two would active the Monsoon surge and result in heavy to very heavy rain and thundershower activities until October 22.

Traffic chaos and flash floods leading to day to day life disruption cannot be ruled out as a result of these weather activities.

‘Northeast Monsoon would give active to vigorous rain in Kerala for the next two days. Thus, due precautions must be taken by the local administration as the situation would turn grim in some parts’, predict Skymet’s meteorologists.

Relief from this situation is likely October 23 onwards, wherein the intensity would reduce, however, moderate rain with one or two intense spells would continue.

Northeast Monsoon, which is the main season for Kerala, has so far given good rain. This trend would continue as active to vigorous rain would keep battering the state for next few days.