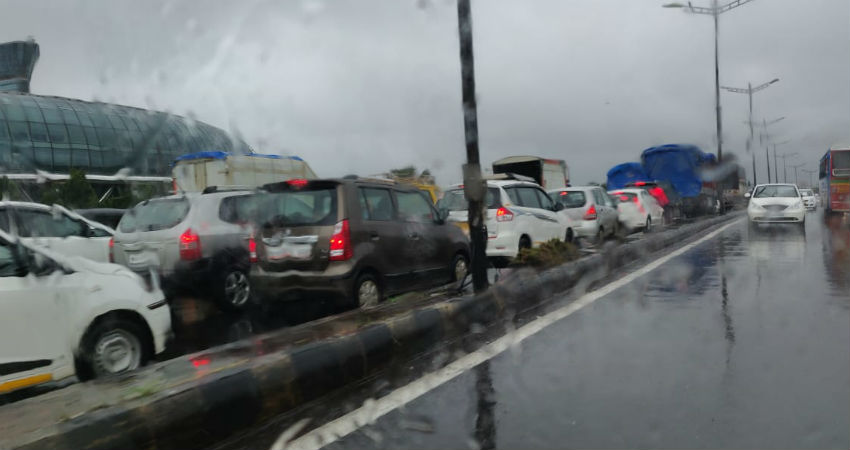 Many parts of South Madhya Maharashtra including Kolhapur have been witnessing good rain and thundershower activities since the last two days. Some heavy showers were also reported in parts of the city.

In a span of 24 hours, from 8:30 am on Saturday, Kolhapur has recorded moderate showers to the tune of 33 mm. And since morning, intermittent spells of moderate rain have been going on over the city.

The reason for these rainfall activities can be attributed to the offshore Trough, extending from South Gujarat up to Kerala Coast.

As this Trough would persist for some more time, intermittent spells of moderate rain and thundershowers would continue for another 36 to 48 hours. Thereafter, the intensity would go down.

The city has been experiencing comfortable weather with maximums around 25 degree Celcius and minimums close to 21 degree Celcius. A similar condition is likely for another two days.

These rainfall activities would be beneficial for the present cropping system in the city.

In fact, good rains have been lashing many parts of Maharashtra for the last many days now. Places like Mumbai, Thane, Colaba, Alibag, Ratnagiri, Sindhudurg, Kolhapur, Pune, Mahabaleshwar, Nagpur, Gondia, Akola, Amravati etc stand a chance to receive moderate rain for another 48 hours.